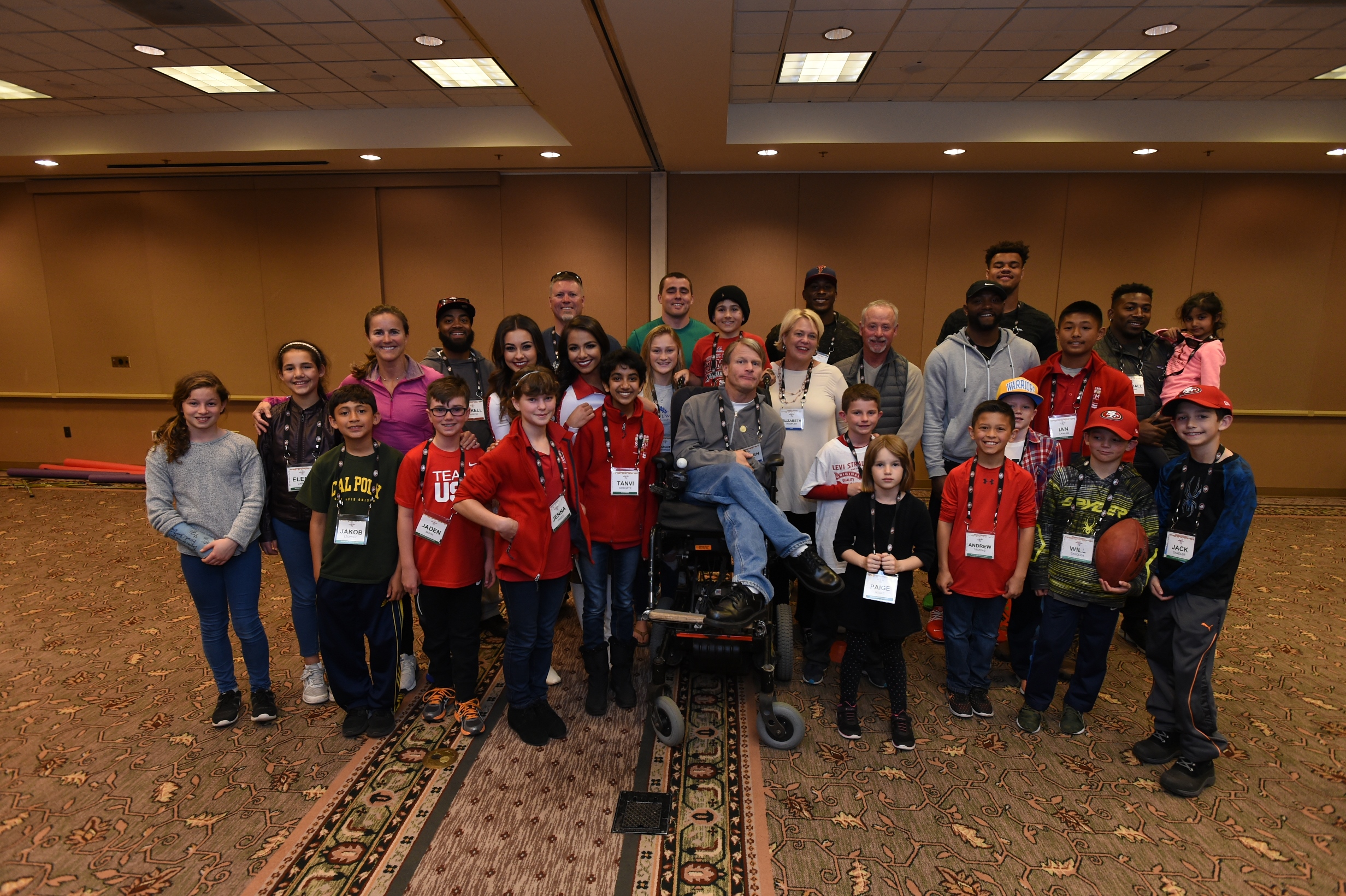 Beyond Sport Team of the Year 2015, The San Francisco 49ers, spent a weekend in late March surrounded by the beautiful mountain vistas of Olympic Valley, Calif., where they joined Olympians and other celebrities to bring in more than $1.5 million for the San Francisco 49ers Foundation at the 16th Annual Winter Fest.

The weekend-long event, presented by Chevron, celebrated philanthropy, football, family, as well as food and wine, while supporting youth in the Bay Area through the 49ers Foundation and its outreach programming. The highlighted beneficiary for 2016 was the 49ers STEM Leadership Institute.

The vision of the 49ers STEM Leadership Institute, established in collaboration with the Silicon Valley Education Foundation and the Santa Clara Unified School District with significant support from Chevron, is to inspire the science, technology, engineering and math (STEM) leaders of the future. In July 2014, the 49ers Foundation launched the 49ers STEM Leadership Institute, a collaborative education venture with 60 high-achieving 7th graders at the Chevron STEMZONE at Cabrillo Middle School in Santa Clara, Calif.

The six-year programme exposes students to a rigorous curriculum of science, technology, engineering and math, strengthening their skills to prepare them for eventual entry to top-tier colleges in STEM fields and STEM careers. In fall 2016, the program – now serving 120 students – will expand to Santa Clara High School (SCHS) and, at full capacity in 2019, will serve 350 students from 7th through 12th grade. When Fab Lab SCHS opens, it will provide state-of-the-art equipment for the SLI students as well as the greater community of STEM entrepreneurs.

In addition, guests participated in a yoga class taught by 49ers alumnus Brian Jennings, s’mores with Gold Rush cheerleaders, a first-ever ladies leadership breakfast featuring Brandi Chastain, a screening of Wampler’s Ascent – a documentary chronicling Steve Wampler’s climb up El Capitan, a youth-oriented session on teamwork, and Chevron’s Innovation at Play STEM-focused interactive exhibit for all ages. The evening events were emceed by the voice of the 49ers, Ted Robinson, and included silent and live auctions.