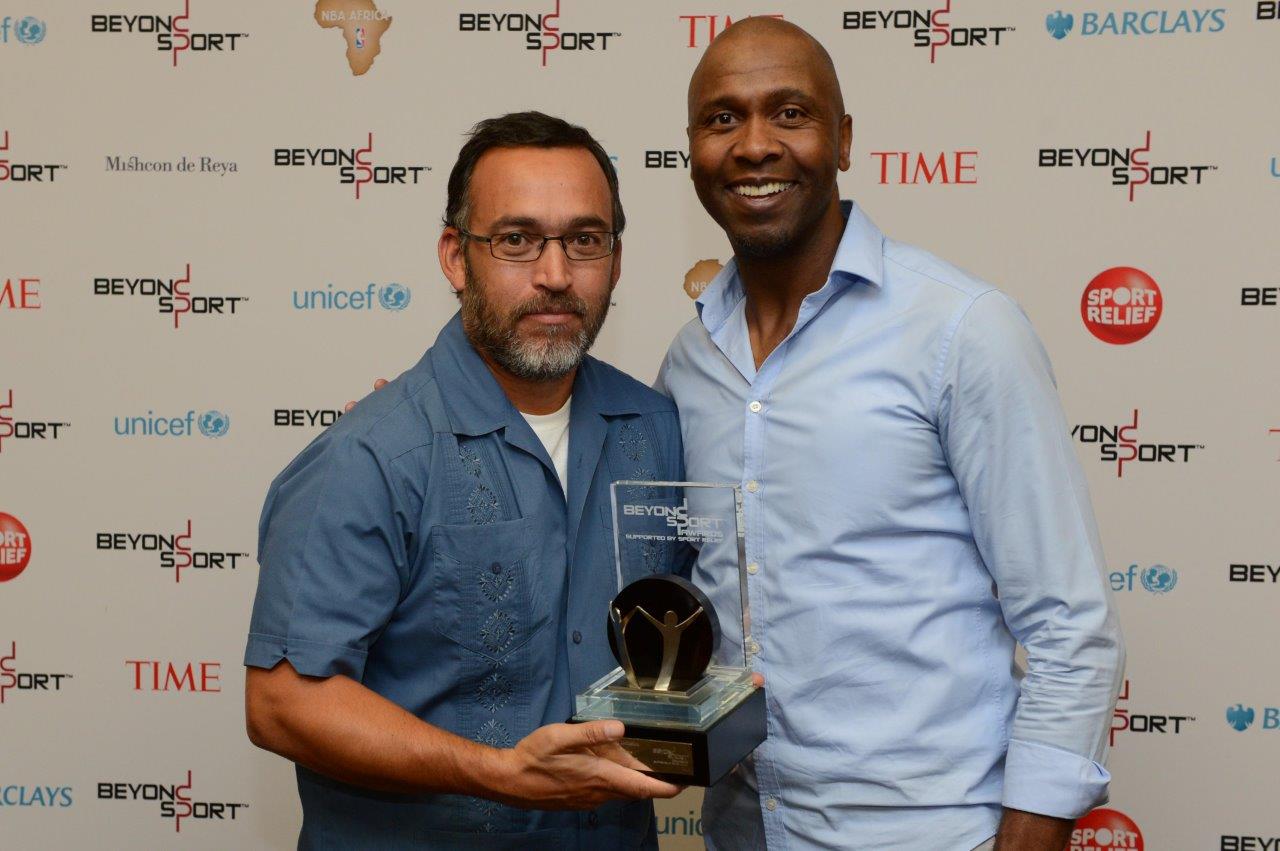 Beyond Sport is delighted to announce the Official Shortlist for the Beyond Sport Awards 2015, supported by Comic Relief.

Selected from over 350 entries reaching 60 different countries, the shortlist represents the standout and unique work being done by organisations across the globe, from figure skating in Harlem to get young girls interested in STEM education, capoeira as a way to rehabilitate displaced young people in the Middle East to socially conscious gym classes as a way to support isolated older people in the disadvantaged communities across the UK.

The 36 nominated initiatives will be invited to the Beyond Sport Summit 2015, with their travel and accommodation provided, where the winners will be announced at the prestigious Awards Ceremony on the second day of the event.

Two new categories have also been introduced this year. Highlighting Beyond Sport’s long-time Global Partner’s focus on supporting financial literacy and employment, the Barclays Sport for Employability Award isrecognising best practices of using sport to tackle issues of unemployment in the communities around the world. Building on the work that started in 2010 with Spirit of Soccer and CEOP and continued with the launch of the Child Safeguard Standards at the Beyond Sport Summit 2014 in Johannesburg, the UNICEF Safeguarding Children in Sport Award is celebrating organisations that have taken steps to make sport safer for children.

Taking place in London from Monday 19th October to Wednesday 21st October, the seventh annual Beyond Sport Summit will bring together the world of sport, business, government and community development with a powerful and timely theme: Beyond The Divide, which addresses how sport can be used to reduce ignorance, discrimination and exclusion.

The Beyond Sport Awards promote, support and reward the best projects across the globe that are using sport for positive social change. Since 2009, Beyond Sport has awarded over $4million worth of business support and funding has been made available to over 150 winning projects for their innovations and impact through sport.

The shortlisted entries from each category receive a bespoke business support package with opportunities for business mentoring and become members of an influential group of social entrepreneurs in the sporting and financial sphere.

The winners of six of the categories addressing social issues including health, social inclusion, education, new project, and conflict resolution receive funding from the Beyond Sport Foundation, courtesy of Comic Relief.

In addition to recognising winners from each of the categories, the Beyond Sport Awards celebrate pioneering and standout initiatives and individuals through special Judges’ Awards, which are announced during the ceremony. Previous years have seen the likes of Kofi Annan, Didier Drogba and Dikembe Mutombo receive a prestigious Beyond Sport Judges’ Award.

Beyond Sport's Global Partners are Barclays, TIME and UNICEF. For more information and to book your place at the Beyond Sport Awards Ceremony and the entire Summit 2015, visit www.beyondsport.org

The Beyond Sport Awards 2015 Shortlist:

We Own Our Future – El Desafio Foundation (Argentina)

Football for Water, Hygiene and Sanitation (F4WASH) – CREATA (Centre for Regeneration and Empowerment of Africa Through Africa) (Kenya)

A Ganar – Partners of Americas (Pan Latin America and the Caribbean)

Sport Team of the Year

Sport Federation or Governing Body of the Year

Corporate of the Year, supported by Fortune