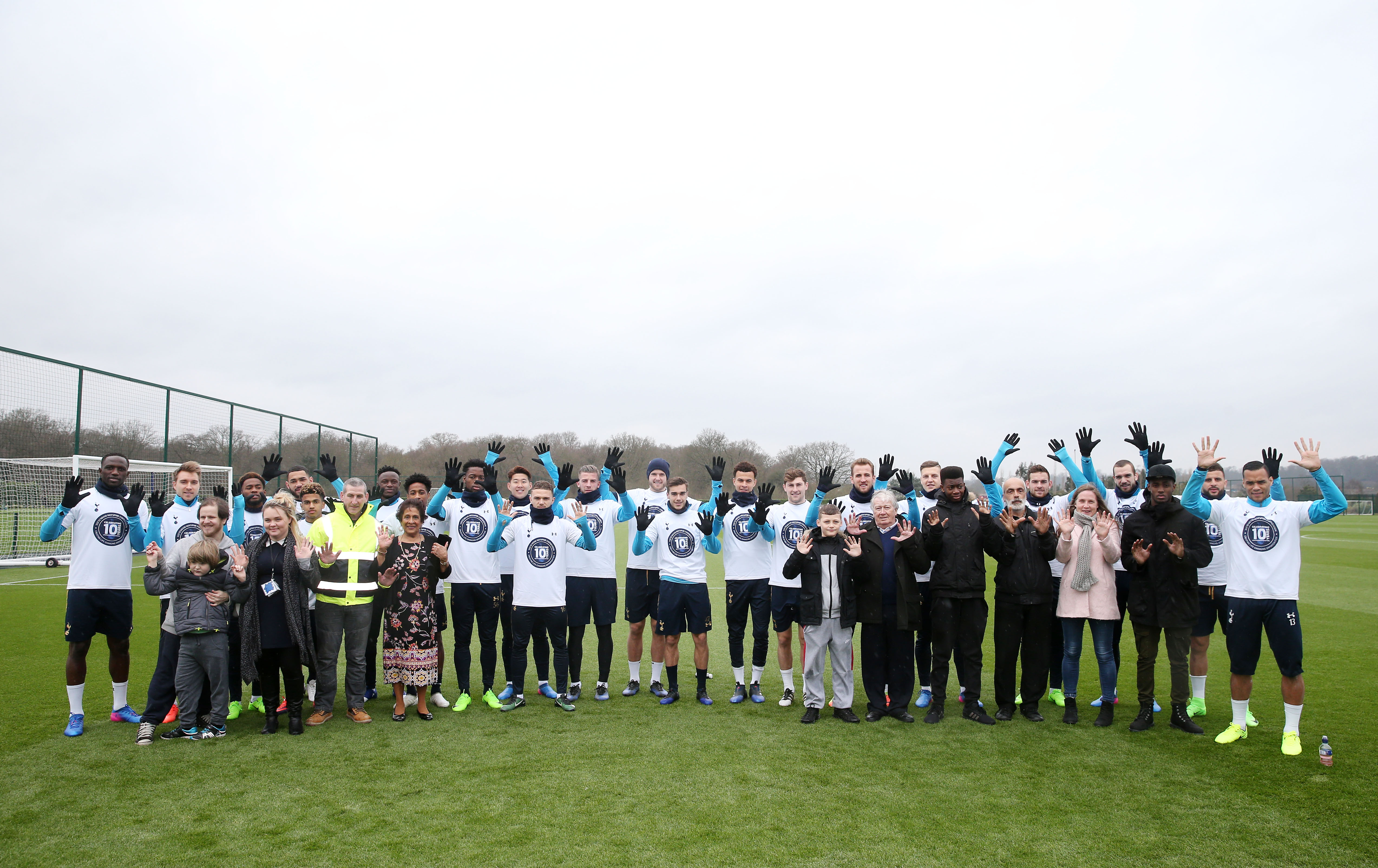 Tottenham Hotspur is celebrating 10 years of impact with the release of a new film that takes a closer look into the incredible yet often unseen work that it delivers to address key social issues within its community.

A decade since the Club’s award-winning charitable body, the Tottenham Hotspur Foundation, was officially launched and focuses on 10 extraordinary projects currently being delivered and the compelling stories of 10 local people who have benefitted from the ground-breaking work.

Over the past 10 years, more than 2.75 million opportunities have been created through innovative projects focused on driving employability, improving the educational attainment of local young people, promoting community development within some of North London’s most deprived communities, encouraging healthier lifestyles and providing access to sport for people of all abilities.

-          The Club uses its White Hart Lane stadium as a venue for careers fairs where local people can access employment opportunities, often linked to its ongoing stadium development project. Colin, from Edmonton, attended a construction jobs fair in December, and said: “I was unemployed for four months – the last thing I expected was to attend a Careers Fair at White Hart Lane and end up with a job on the stadium construction site, but that’s exactly what happened.”

-          The Club runs employability programmes for people with disabilities. Josh benefitted from the Pathways to Employment scheme, saying: “My autism made applying for a job tough, but Spurs gave me the skills and belief to succeed in a new role at Whipps Cross Hospital.”

-          The Club delivers a wide range of work, such as the To Care Is To Do programme, to improve the educational aspirations of children in care through one-to-one mentoring. Wisdom, 16, said: “Going into care was tough but Spurs supported me along my journey. I’m now in the Sixth Form and hoping to go to University.”

-          Joseph, aged 70, has benefitted from the After Cancer Exercise (ACE) programme that runs group sessions at leisure centres to help survivors of the illness increase their levels of physical activity during remission. He said: “I lost the confidence to exercise after going through Prostate Cancer – thanks to ACE, I’m now in the gym every week and have my independence back.”

-          PHASE sees the Club deliver exercise sessions at local care homes for the elderly to increase social interaction and reduce the onset of illnesses such as dementia. Participant Sheila said: “The seated exercise classes Spurs run at my care home have helped me improve my mobility and make friends - I look forward to every session.”

-          The Club runs a Disability Centre of Excellence at Barnet and Southgate College to give local young people with a range of disabilities access to sports and life skills training in first-class bespoke facilities that include a sensory room and training kitchens. Nikita, a teacher at Oakleigh Special School in Barnet, has seen the impact it has had on one of her students, saying: “Daryl suffers with severe autism which affects his attention and ability to interact with others – the unique sessions at the Disability Centre have helped him immensely.”