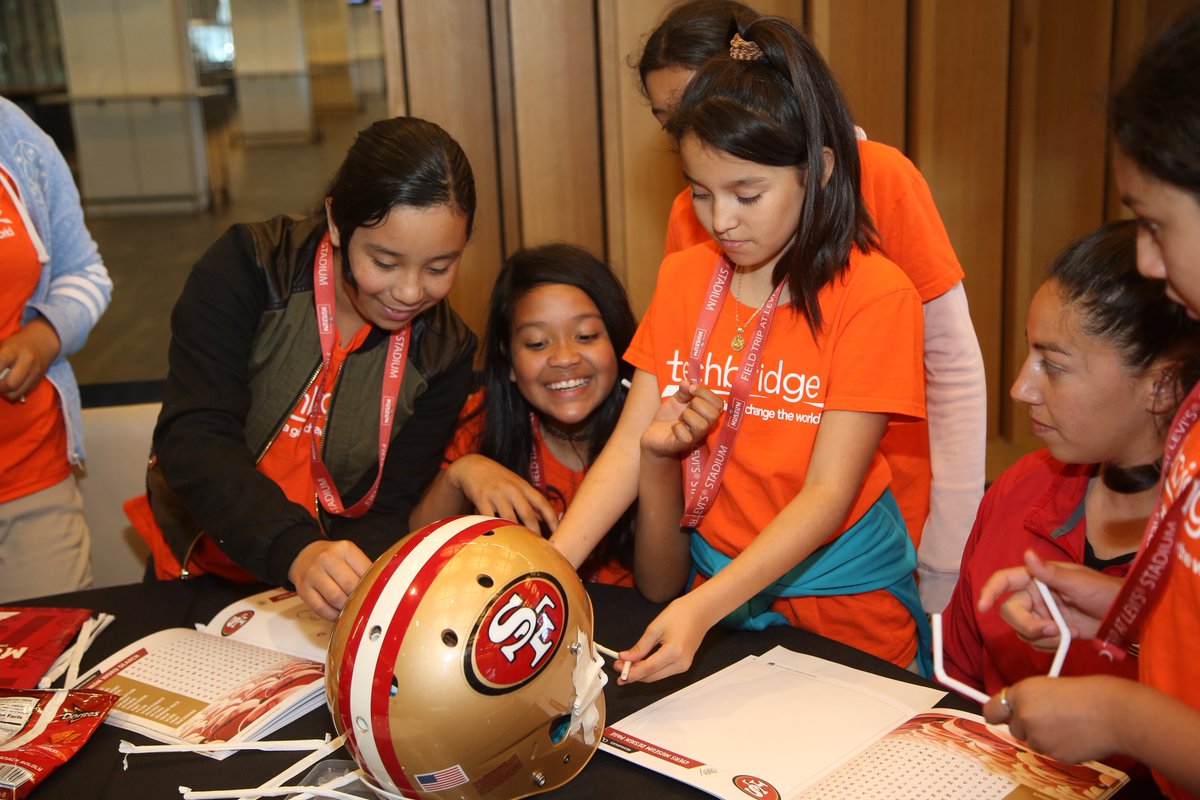 Since its founding in 1991, the 49ers Foundation has been committed to providing opportunities to children in underserved communities to help keep them, “safe, on track and in school.”

Recognizing the likely cause of low AP Calculus test score results as a gap in STEM (Science, Technology, Engineering, and Maths) education opportunities, the 49ers shifted their educational strategy to address this issue upon moving to Santa Clara.

To do this, the 49ers launched two science and math-based educational initiatives targeted toward Santa Clara area children: The 49ers STEAM Education Program and the 49ers STEM Leadership Institute. Through these endeavors, the team reaches over 60,000 children per year with both high-level and intensive STEM and STEAM education opportunities.

Building Levi’s Stadium provided the 49ers with a unique opportunity to reimagine what STEAM education could look like. Constructing a 20,000 square foot museum space within the stadium, the 49ers carved out specialized classroom and teaching areas to provide opportunities for children in Kindergarten through 8th grade to learn about the science and math behind football.

“In building Levi’s Stadium, the York family wanted to create impactful community programming centered around education. The museum began as a conduit for an education program. What we envisioned at that point was a program that would bring children to the stadium and use football and the stadium as platforms to get kids to engage with and be more interested in STEAM subjects,” said Jesse Lovejoy, the 49ers’ director of STEAM education and director of the 49ers Museum.

Through the 49ers STEAM Education Program, students from Kindergarten through 8th grade travel to the 49ers Museum at Levi’s Stadium to engage in project-based STEAM learning. Students not only travel through the museum, but enter into specially designed, highly technological classrooms where they engage with 49ers instructors on STEAM topics related to football. The curriculum provided by the 49ers educational staff is customized to the students’ grade and their teachers’ overarching in-class coursework.

The 49ers have also been running educational courses for local high school students in their very own Makerspace, the 49ers STEM Leadership Institute, in partnership with the Silicon Valley Education Foundation, Santa Clara Unified School District and Chevron.

The six-year program provides selected students at Santa Clara’s Cabrillo Middle School and Santa Clara High School access to an additional 320 hours of education per year on STEM topics. Students receive this education in a uniquely designed STEM Fabrication lab, featuring a full suite of digital fabrication tools and prototyping machines. Students not only learn the math and science behind using 3D printers, vinyl cutters and milling machines, but develop the leadership skills necessary to successfully navigate the tech industry.

By intertwining Sport and STEM, the 49ers have created a unique curriculum that is looking to tackle the startling fact that only 3% of local high school students are graduating with qualifications necessary to jump into STEM-related higher education. In the U.S. and around the world, there continues to be a worrying shortage of workers in jobs that require increasingly essential knowledge and understanding of these subjects. This program is the start of a much larger project to address a growing global issue in education and employment.

Alongside retired center/guard for the San Francisco 49ers Jesse Sapolu and Olympic and World Cup soccer champion Brandi Chastain, former host of the Mythbusters TV Show Adam Savage has been exploring this space to showcase the role that sport can play in teaching STEM subjects. This short film shows Adam working with students at the 49ers STEM Leadership Institute who are designing and building a tee that will hold a football in windy conditions. After four-time Superbowl champion Jesse lends his expertise and Brandi tests the tees with her killer kick, see which one was voted most likely to succeed!