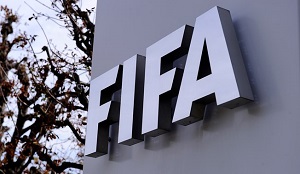 FIFA BREAK DOWN BARRIERS FOR REFUGEES

FIFA have announced an amendment to the system of registration of players that hopes to change the way that young refugees and asylum seekers are given access to play football.

Until now the registration system has meant that young players have to gain the permission of the FA of their country of origin before playing in the country of arrival. This led to situations in which their details and location were being shared in the country from which they had fled, often in dangerous circumstances.

The new regulations mean that FAs registering them through the FIFA player registration system (TMS) can assure players that their name will not be shared. The FA should fill out the online registration form as normal and FIFA will offer a waiver.

The development, which is being applied to individuals, has been welcomed by FAs, grassroots clubs and those working in the area of social inclusion. It means one regulatory blockage to encouraging young players to join clubs, play, socialise and meet people from the host community has been removed.

Piara Powar, Executive Director of the Fare network, said, “We welcome this very sensible and necessary move by FIFA, it now means that the way is clear for young players to join the formal football structure without fear.

“We hope that sports bodies – FAs, clubs and local authorities – will now use football as a means of inclusion of young refugees rather than excluding them.”