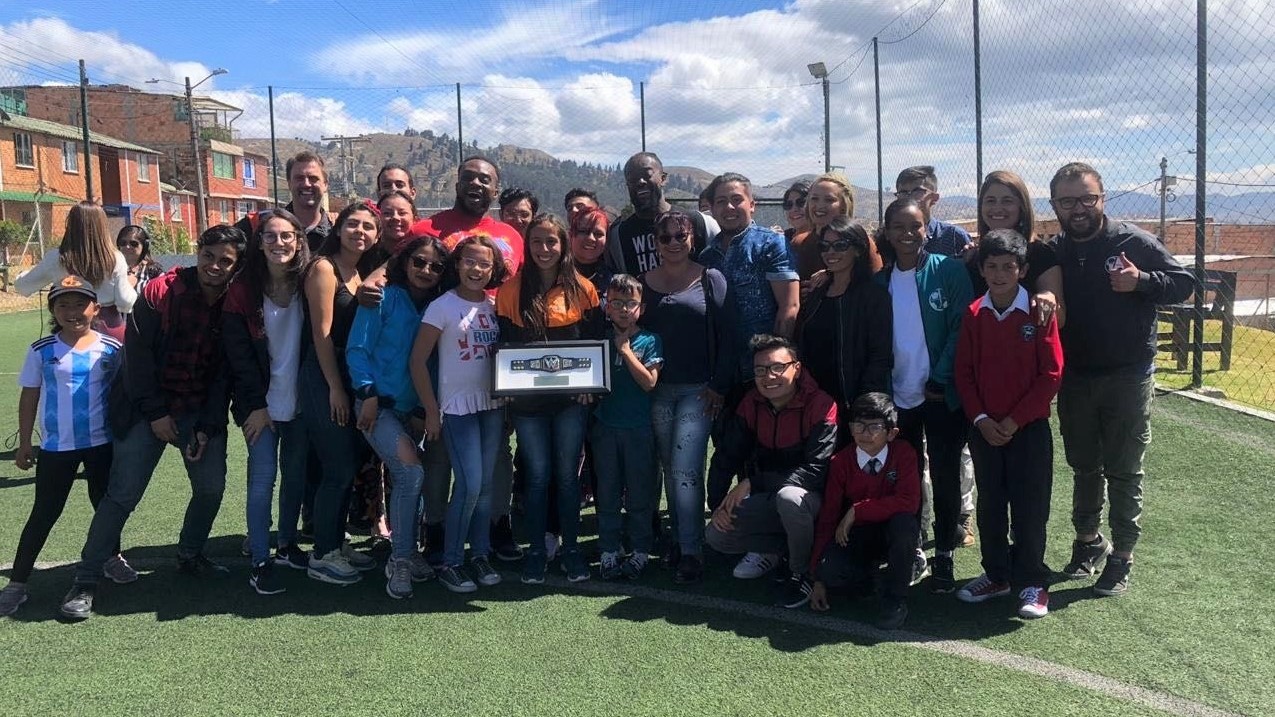 Beyond Sport and WWE are teaming up once again to celebrate and support young leaders from around the world demonstrating courage, overcoming adversity and giving back to their communities using sport.

Next week, WWE will present The Courageous Use of Sport Award at the Beyond Sport Global Awards to a young leader selected from a pool of five shortlisters who have all stood up against injnustince and discrimination - often at great personal risk - all while still in their youth.

The five young men and women have been selected as “Community Champions” for their respective cities - Bogota, Buenos Aires, Manchester, Sydney and Mexico City - and will be presented with an honorary championship belt from a WWE Superstar when the WWE International Tour comes to their city.

Meet the Shortlist for The Courageous Use of Sport Award Supported by WWE: 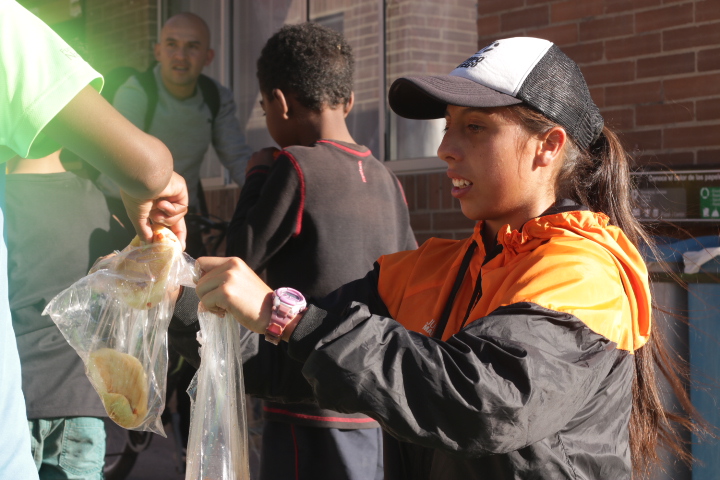 Erika volunteers as a coaching assistant with Fundación Tiempo de Juego, which uses sports, arts and technology as mechanisms to empower and improve the quality of life of children and adolescents at risk. After beginning to play in the organization’s youth soccer program over four years ago, Erika began to lose her hearing. Rather than stopping playing the game she loves, Erika increased her commitment to sport and to the organization by becoming a community volunteer. 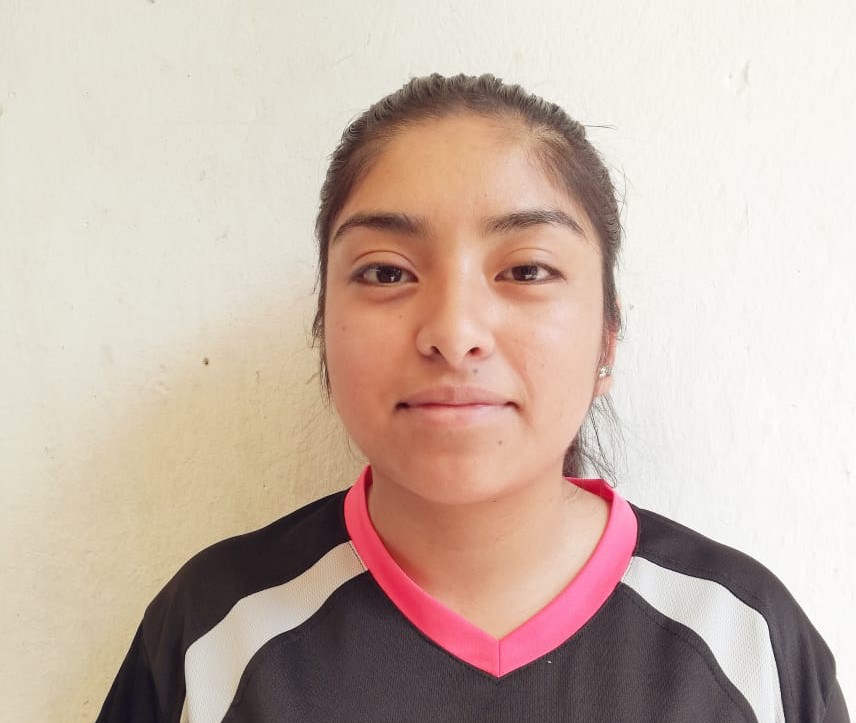 Guadalupe is a 19-year-old community football coach in the neighborhood of Valle de Chalco, just outside of Mexico City. She loves giving back to her community by training youth in both sport and life skills, in her words helping them “to be happy and to reach their dreams and goals.” Guadalupe acts as a community coach at a pitch developed by love.fútbol, a global organization dedicated to a safe place to play soccer for every child in communities that lack safe and inclusive spaces for sports.

Ayman Hill is a 23-year-old avid footballer that wants to share his passion beyond his own playing capacity. He started coaching with Football United in 2016 and has since developed in his role as a young leader. Football United creates chances for youth through the magic of football and build the capacity of young people in diverse communities in Australia and Myanmar.  Apart from studying for a Bachelor of Primary Education at University, he works for Football United and Creating Chances, delivering sports for social good programs around Western Sydney for refugee, and newly arrived young people. 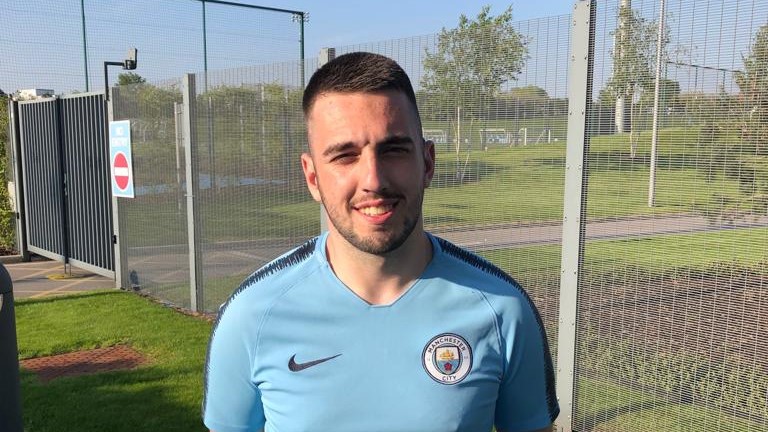 Harvey, who was born deaf, started attending City In The Community’s (CITC) ‘One City’ Hearing Impaired programme in 2015 as he was struggling to play football in a mainstream environment. In 2017, Harvey became a registered volunteer within the CITC, giving up his time to develop as a coach whilst working in the disability, soccer schools and girls sessions. Throughout this time, Harvey has progressed through his coaching qualifications and most recently completed the FA Level 2. Harvey has also led a Young Leader training programme in China, sharing his experience and knowledge with other young people with disabilities from around the world. 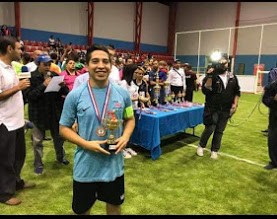 Rodrigo "Bebu" Barrreiro is a young man of 22 years, born in the neighborhood "La Cava", a very old village on the outskirts of Buenos Aires. Tragically, one of Bebu’s older brothers was recently murdered by drug traffickers after which, Bebu, together with two other colleagues and friends in the neighborhood, led the expansion of Hecho Club Social’s street soccer project in their neighborhood, generating a new regional "headquarters" to promote positive changes in the youth of their neighborhood where drugs, alcohol and crime are all impediments to success. Bebu is an athlete and a scholar and wants to get a good job to earn enough money to study Sports Journalism.

Don’t miss out on your opportunity to meet these incredible young leaders at the Beyond Sport Global Awards next week. Secure your place today!

The local opportunity for sport