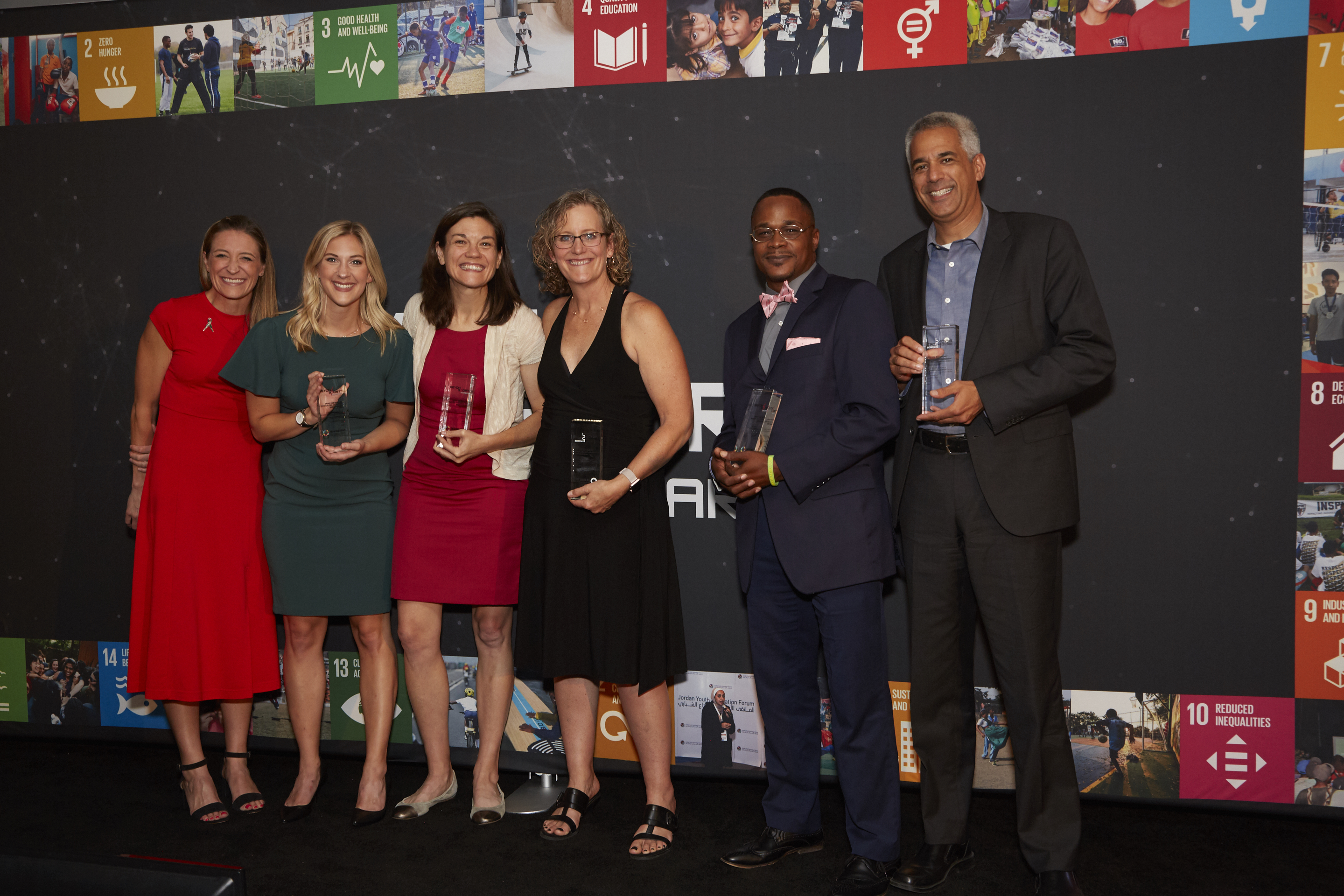 Amid some of the toughest competition and most innovative sport for development initiatives to date, Beyond Sport announced its annual Beyond Sport Global Award winners last week at the SAP Next-Gen Lab at Hudson Yards. By the end of the evening, organizations the world over were honored to further their missions as tied to achieving the UN Global Goals. 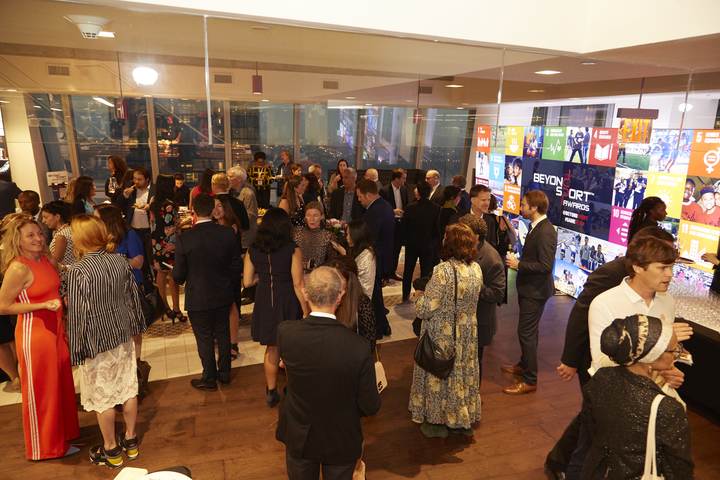 The finalists were chosen from over 300 entries and shortlisted into seven categories and two special awards. The event also celebrated the winners of inaugural Collective Impact Awards, which were specifically designed to convene leading organizations to combine their efforts and expertise to combat Climate Action and Inequality.

Altogether, the Beyond Sport Foundation with support from its partners will facilitate more than $600,000 in funding and strategic business support to help further drive the missions of these problem-solving organizations to continue to impact their communities. 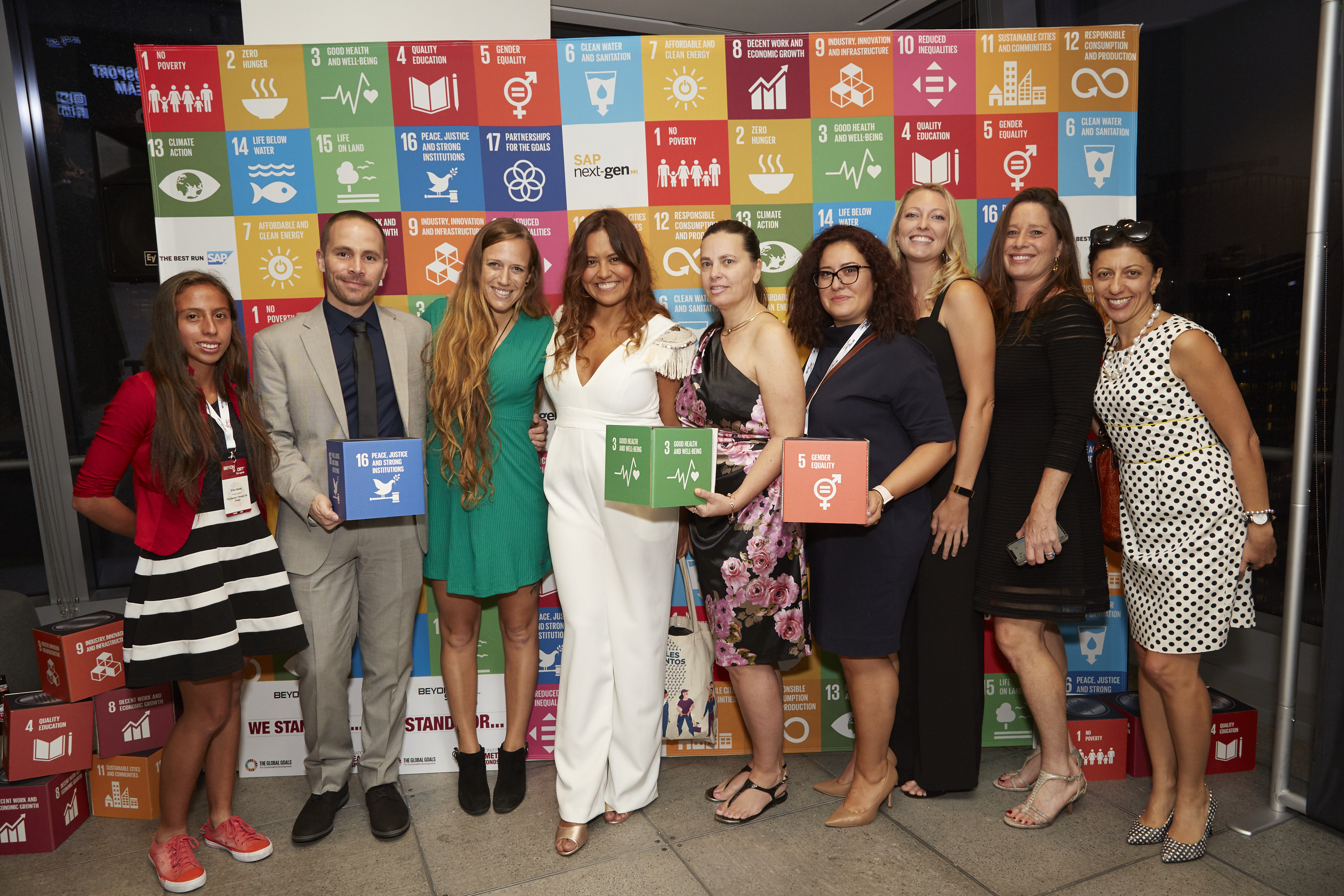 “The Beyond Sport Global Awards are a wonderful insight into how sport can dramatically impact communities and individuals in such a positive way,”  said Nick Keller, Founder and President, Beyond Sport. “When you step back and recognize that this work is often being done on the fringes of society, our winners, and indeed the entire shortlist, are showing that sport has a significant role to play in solving the world's greatest challenges.”

Ali and Apollo kickstarted the evening by awarding the Courageous Use of Sport Award, supported by WWE to Erika Nataly. Nataly volunteers as a coaching assistant with Fundación Tiempo de Juego, which uses sports, arts and technology as mechanisms to empower and improve the quality of life of children and adolescents at risk. After beginning to play in the organization’s youth soccer program over four years ago, Erika began to lose her hearing. Rather than stop playing the game she loves, Erika increased her commitment to sport and to the organization by becoming a community volunteer.

Dallagio RugbyWorks received the Sport for Quality Education Award, supported by SAP. The organization’s intensive long-term skills development program is delivered over three years based on the values of rugby, through which they aim to get teenagers outside of mainstream education into sustained education, employment or training. They currently work with 70 local Alternative Provision (AP) schools across eight regions of England and Wales. 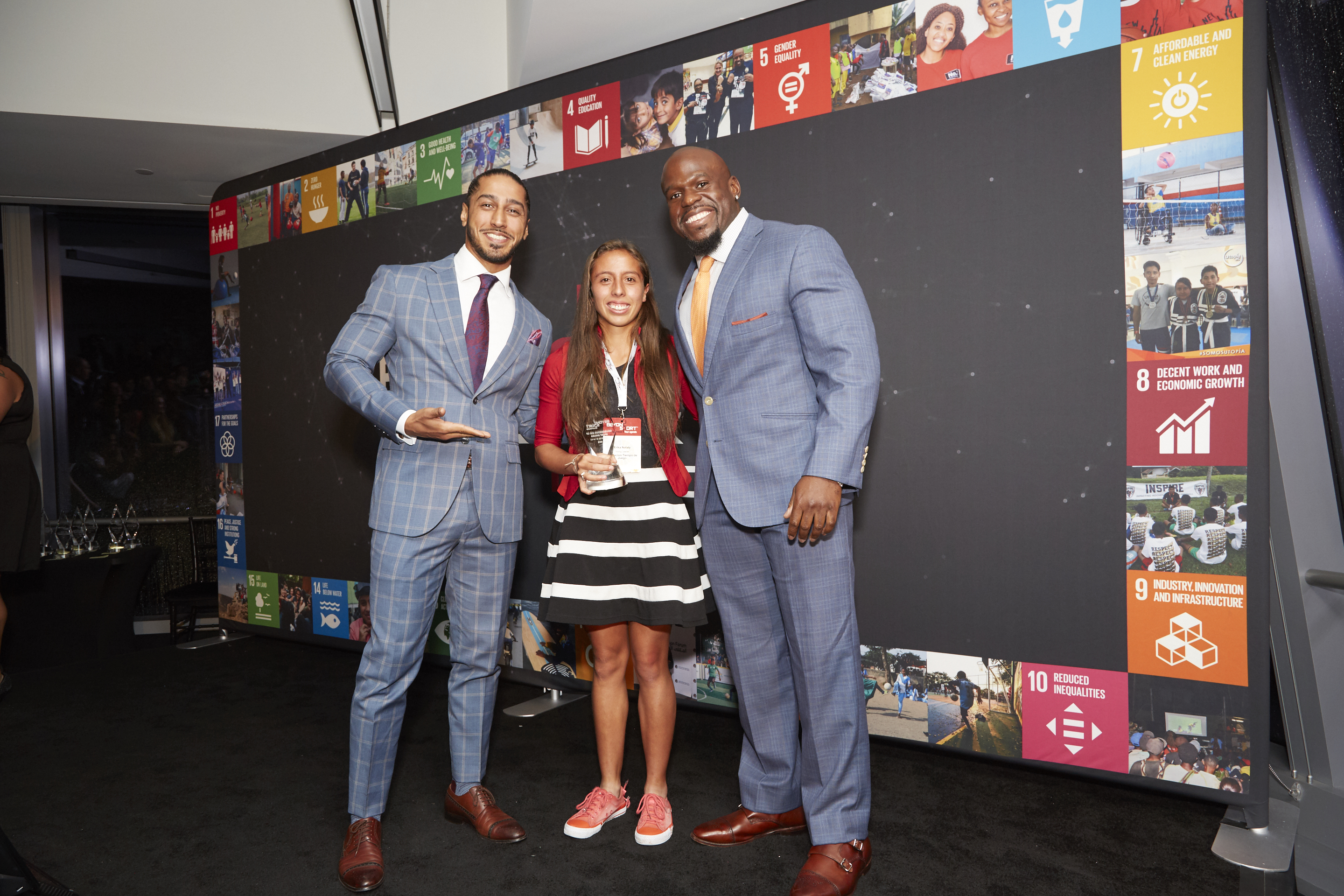 The Sport for Equality Award went to Teaming up for Social Transformation, GOALS Armenia. GOALS encourages communities to transform societal norms into equitable values. Sport enables them to push for discussions around gender equity in marriage, leadership positions, and opportunities in a way that other mechanisms don’t allow through on-field games, soccer matches, and cross-cultural events.

“This Award allows us to bring gender equality to girls in Armenia, to reach those in need of sport and to empower them to be the backbone of Armenia that they are,” Victoria Dokken, Co-Founder of GOALS Armenia said.

For its global efforts to create and sustain safe spaces, Love.fútbol proudly accepted the Sport for Sustainable Cities and Communities Award. Love.fútbol developed a model which is focused on collaboration and empowerment of local agents to conceive, plan, build, manage and ultimately redefine football pitches as centers of community and platforms for sustainable social change. This framework has been replicated over 13 years in 39 different communities.

New this year, were the two Collective Impact awards –  a brand new initiative designed to drive collaboration between organizations using sport to achieve the UN Global Goals. While the winners were announced last month, these organizations were honored at the event for their collective efforts and will collaborate throughout the next year to drive change.

This cutting-edge program will increase support and investment to a group of organizations who will work together to share best practice, work through issues in real time and drive real, sustainable impact through sport. Thanks to the generous support of our two partners, the Beyond Sport Foundation will be making its largest single-year financial contribution, with grant money exceeding $560,000 for the two programs.

The Sport for Climate Action Collective Impact Award presented by the Swedish Postcode Foundation was given to a group of six organisations on the evening: MANTA Sail Training Centre, World Sailing, Youth Service Organisation, IAMWATER, Protect Our Winters and AEG for their AEG 1Earth Program. This group had spent several hours over the course of two days workshopping how they might best collaborate to address environmental issues through sport.

With a focus on issues specifically within the United States, The Sport for Reduced Inequalities Collective Impact Award presented by The DICK’S Sporting Goods Foundation was awarded to five organizations, all helping different at-risk populations through sport. Soccer Without Borders, Lost Boyz Inc, Kids in the Game, the Sparkle Effect and Urban Dove made up a diverse group addressing a wide range of issues while reducing inequalities - from disability, to refugee inclusion and access to education. Learn more about them here.

The evening was capped off with the emotional presentation of the Sport for Human Rights Award, in partnership with Equality League to Iranian Stadium Ban Activists, represented by Maryam Shojaei, for their campaign to stop the ban of women from  sports stadiums in Iran.

A minute of silence was observed for Sahar Khodayari, a young Iranian woman who self-immolated after reportedly hearing she would have to serve jail time after being arrested for trying to watch her favorite men’s soccer team play at Tehran’s Azadi Stadium.

Attendees were urged to help the #NoBan4Women campaign get to 300,000 signatures before the October 10 qualifier match.

Other winners included: Team Dimension Data for Qhubeka which picked up the Corporate Campaign or Initiative in Sport for Good for their work with Qhubeka Charity to mobilize people in Africa with bicycles; GOALS Haiti which received the Sport for Health and Well-being Award; Peace is my Utopia which won the Sport for Peace and Social Justice for their efforts serving children and adolescents in conditions of extreme poverty; and the Award for Sport for Decent Work and Economic Growth was brought home by the Careers of Meaning Through Sport campaign from Sport Dans La Ville.

Courageous Use of Sport Award, presented by WWE

Corporate Campaign or Initiative in Sport for Good

Sport for Health and Well-being Award

Sport for Human Rights Award, in partnership with Equality League