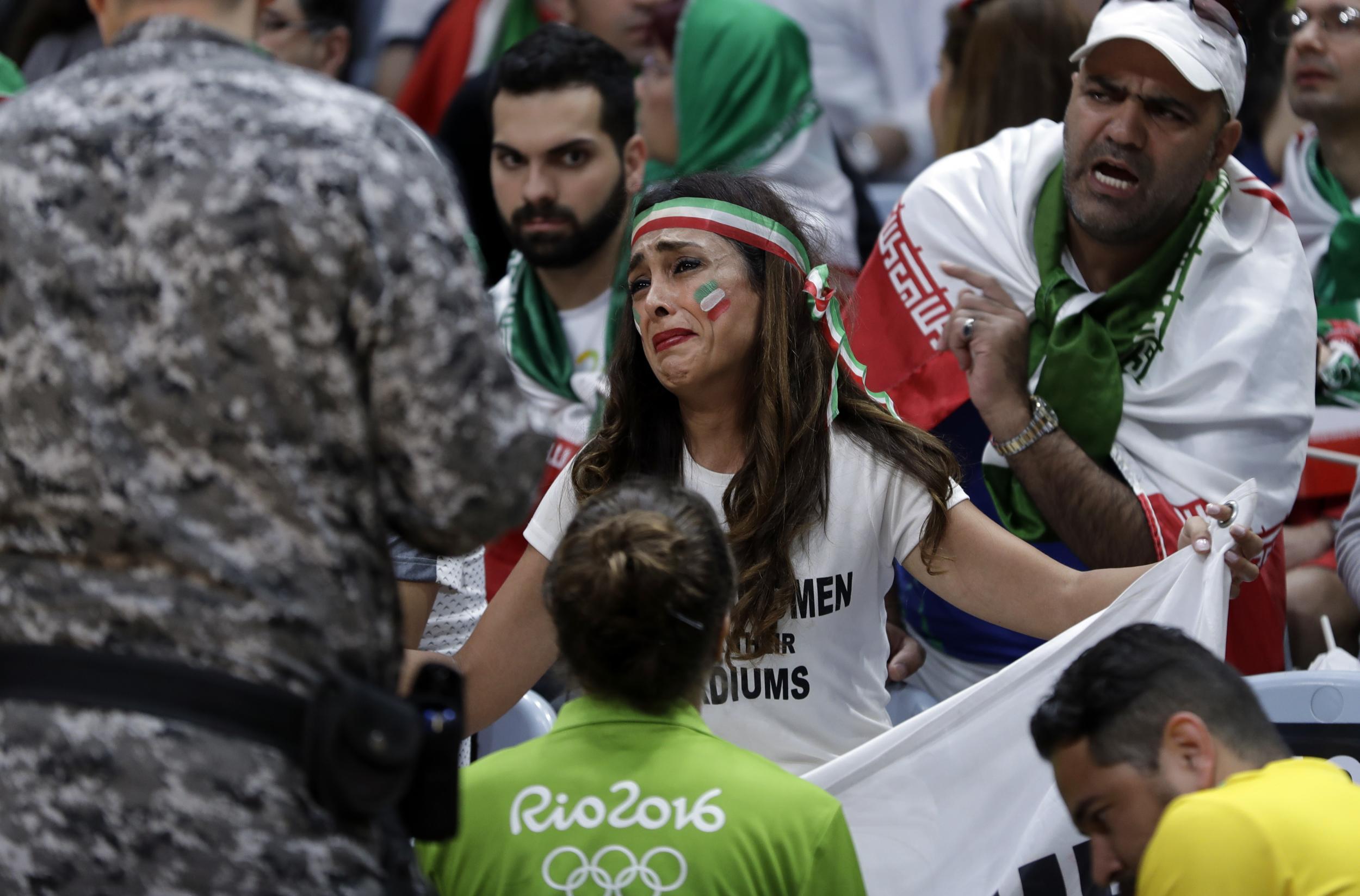 Join the global call demanding that equal human rights for women in Iran!  Sign the petition to help get the #NoBan4Women campaign to 300,000 signatures before the October 10 qualifier match.

Iran is the only country which bans women from sports stadiums, representing a direct violation of FIFA’s gender discrimination statute and their new human rights policy. A situation that recently contributed to the tragic death of 'Blue Girl,' Sahar Khodayari. The young Iranian woman committed suicide after reportedly hearing she would have to serve jail time after being arrested for trying to watch her favorite men’s soccer team play at Tehran’s Azadi Stadium.

At the 2019 Beyond Sport Global Awards on September 12, we were honored to award the Sport for Human Rights Award, in partnership with Equality League to Iranian Stadium Ban Activists, represented by Maryam Shojaei, for their campaign to stop the gender discrimination. Shojaei founded the My Fundamental Right initiative that led to the internationally supported #NoBan4Women campaign. FIFA President Infantino responded to the petition and gave the Iran Football Federation an ultimatum to stop the ban in time for the October 10 qualifier match.

We urgently need your help to sign and share the change.org petition to let FIFA and Iran know that the world is watching and expecting an end to this gender discrimination!

"This isn’t just a ban on women and girls going to stadiums,” said Minky Worden, Director of Global Initiatives at Human Rights Watch. “It’s really an obstacle to women and girls taking part in the life of their country, enjoying themselves in public, being with their family."

"And if you’re an athlete or sports fan, I ask you to think for a moment, how you would feel if you went to the US Open and saw a ‘men only’ sign. This is a reality for women and girls in Iran, but it’s not a reality that they have accepted – ever."