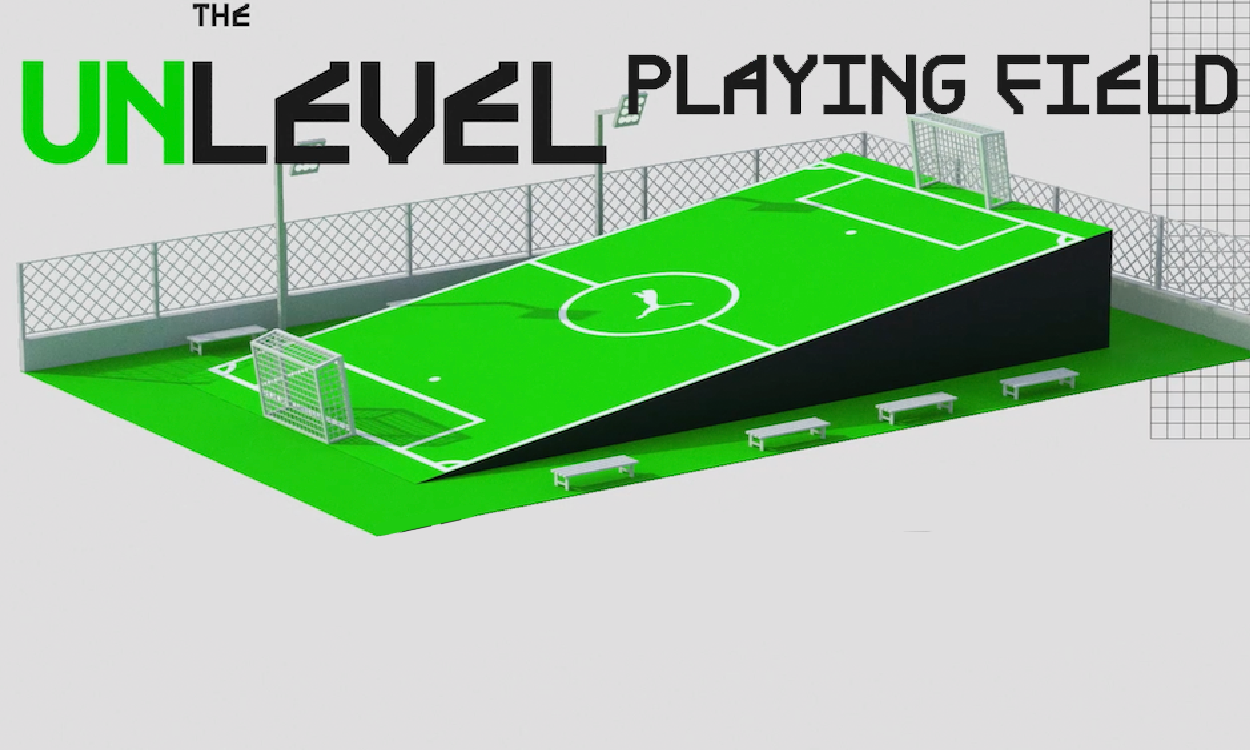 Puma, in partnership with agency BETC Havas São Paulo, have taken a creative approach to raise awareness of the unequal investments in men's and women's football in Brazil, where only 1% of professional football resources go to the women's game. Together, they created Joga Na Subida (The Unlevel Playing Field), literally a slanted football pitch, to physically and visually underscore the stark economic disparity. Amateur men's teams were then invited to play a match on the 4.5-degree inclined structure – 2.2 meters tall at the highest point – so that they would feel the adversities that women players have to overcome in their football careers.

The entire game was filmed and made into a one-minute video to bring attention to the lack of investment in women’s football within the country. Star player for the Corinthians and the Brazil National team, Tamires Dias, took part, dryly noting, "I think now they know how we feel, right?"

“The surprise of the players when they saw a soccer field two meters high was unique, and it got even bigger when we explained the whole context that this was a representation of the difficulty every female athlete goes through,” said Victor Castelo, associate creative director of the agency.

The sport was initially introduced to Brazil in the 19th century, and by the 1940s, there were women’s teams all over the country, with 40 women's teams in Rio alone. But that came to an end in 1941 when a law was passed that prohibited women from playing football professionally, in schools and for fun. Women were banned from taking to the field for more than four decades “as it was considered that some sports were incompatible with their nature.” It was only in 1983 that women’s football was regulated in Brazil.

Women's return to the field symbolized a struggle for equality and increased visibility of the game. The National Team was only organized in 1988, participating in the first female championship organized by FIFA - the International Women's Football Tournament, hosted in Guangdong, China - before the first official World Championship in 1991. The Brazil women's team made the World Cup final in 2007, and the Olypmic finals in both 2004 and 2008.

According to a 2014 FIFA survey, only 7% of the employees across all 10 associations of CONMEBOL are dedicated to women’s football. CONMEBOL, the South American Football Confederation, is responsible for the organization and governance of the region's major international tournaments.

There have been attempts to address the inequality with the Brazillian Football Confederation announcing in 2020 that its men’s and women’s national football teams would receive equal pay and prize money for achieving at the Olympics. However, World Cup prize money depends on FIFA. The prize money offered at the 2019 women’s World Cup was $30 million. The 2018 men’s World Cup was $400 million, representing an overall gender pay gap of $370 million in this instance.

"'It's normal for them to earn less.' 'A woman's place is not on the football field.' In Brazil, it's still common to hear these kinds of comments," says Marcelo Ribeiro, creative director at Havas. "It's like they play uphill compared to the structure that exists for men."