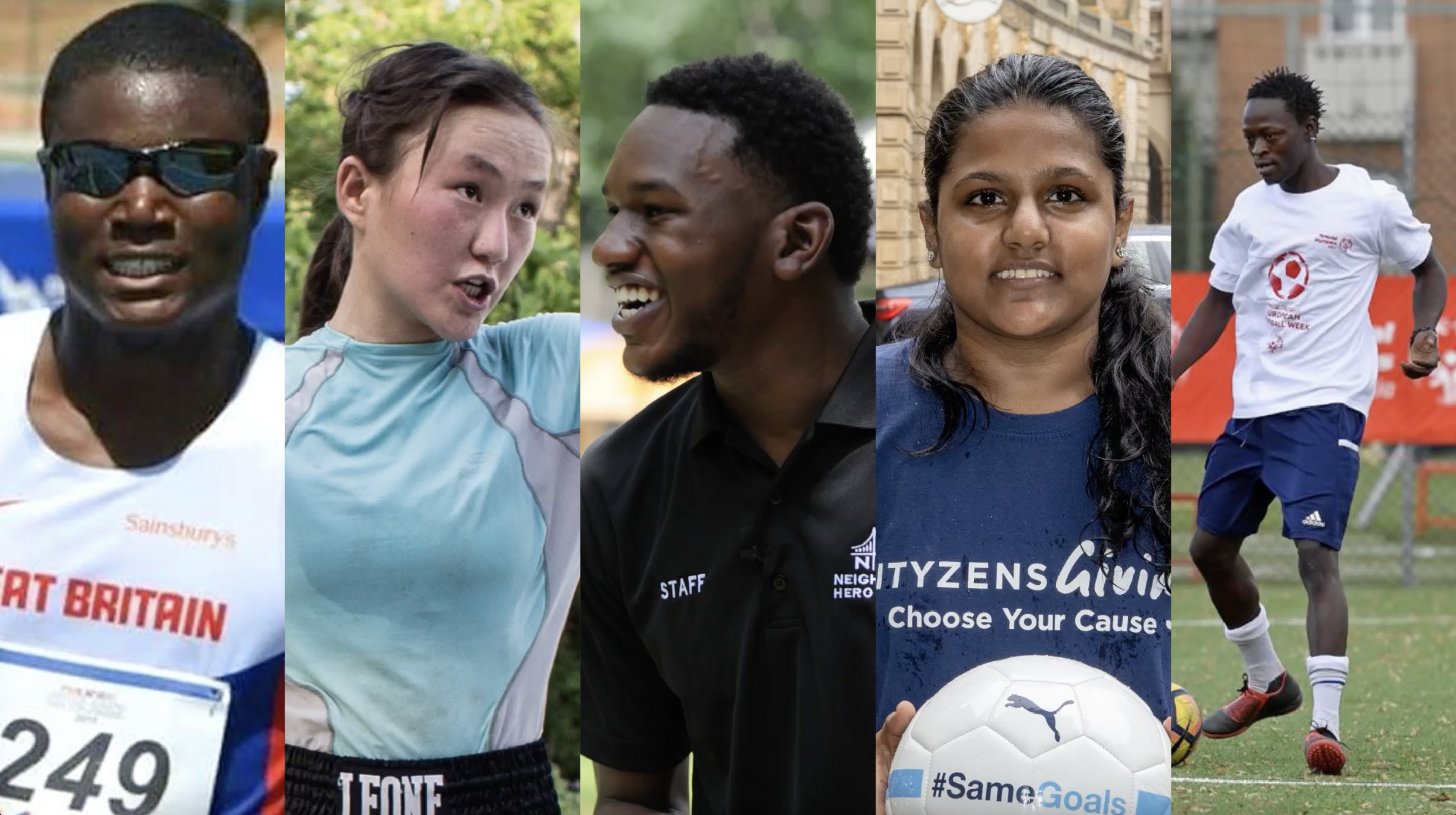 Meet the 2021 Courageous Use of Sport Award Winners

For the fifth consecutive year, Beyond Sport and global entertainment leader, WWE, are celebrating inspirational young people who are thriving in the face of adversity and positively impacting their communities. Today, we are thrilled to announe the 2021 recipients of the Courageous Use of Sport Award, presented by WWE.

Residing in the UK, Greece, the USA, India and Italy, the five exceptional young leaders are using an array of sports – from athletics to martial arts to basketball and more - to advocate for inclusion, women and girls, people with disabilities, refugees and youth development.

“I am honored to be part of this year’s Courageous Use of Sport Award announcement,” said WWE Global Ambassador Titus O’Neil.  “I’m truly inspired by the work these courageous leaders do by turning challenges they face into an opportunity to make a positive impact in their community.”

Souleyman came to the UK as a refugee from Guinea at the age of five. Despite slowly losing his sight every day due to a rare eye condition, he took up athletics as a child and went on to win gold at the 2015 Junior Paralympics in Brazil. The setbacks he has faced, such as being refused UK citizenship three times, being bullied for his accent and visual impairment, and general day-to-day discrimination, have all pushed him to be a role model for the communities he represents.

Alongside his success on the track, Souleyman is driven to inspire others through his sporting achievements and consistently shares his motivation with young people. He is a passionate advocate for disability inclusion, speaking at schools and businesses and mentoring young athletes through his non-profit Vision Beyond Sight -- all to ensure respect and opportunities for people with disabilities.

"Being a Black, Blind, Muslim immigrant from a low-income family should have stopped me but instead has pushed me to make something of myself," he stated.

"When you wake up every morning to see less and less of the faces of the people you love, you worry about going blind. But when your vision for the future is stronger than what you see in front of you, sight becomes a distraction because what you see is what you see, but what you don't see is where the magic begins." 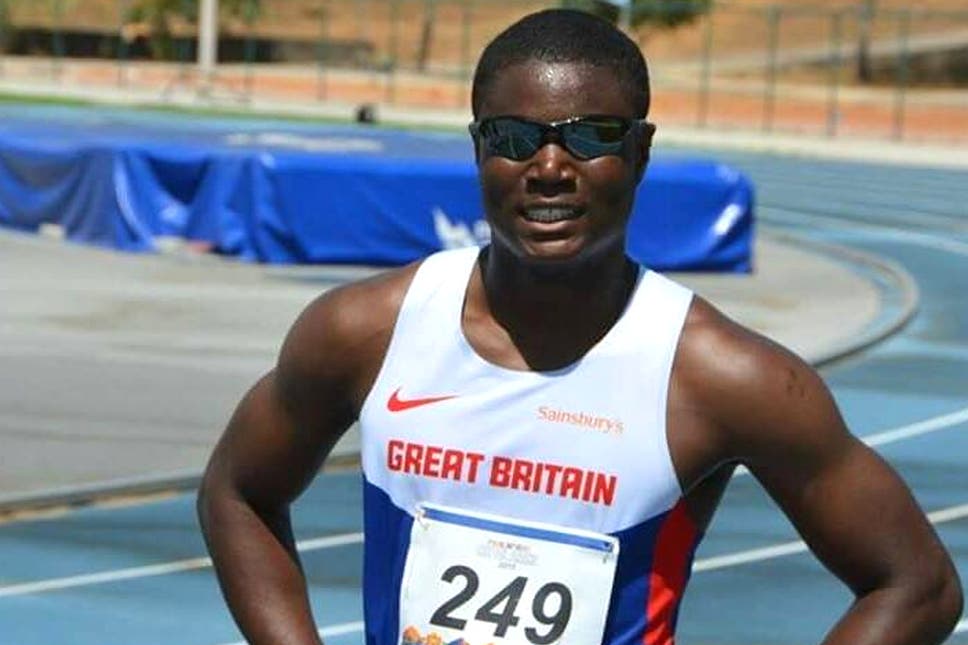 Sohaila was born in a refugee camp in Pakistan to an Afghan family. She lost her father to a treacherous sea crossing, and later moved with her mother and siblings to the Moria camp in Lesvos, Greece and then on to the Malakasa camp in Athens. The camps all have very tough living conditions, and with her mother and sister both suffering from severe mental health issues, Sohaila stepped up to care for her family.

She eventually discovered Muay Thai and yoga at the Refugees gym and soon started teaching it to others. An overall lack of respect for women and girls soon became apparent to her and she decided to focus her efforts on supporting women and girls who often weren’t comfortable training alongside men. Sohaila created supportive safe spaces which quickly came to be attended by hundreds daily. She became the coordinator for women's activities, volunteers and external partners, championing the strength of her female participants and challenging power structures. Sohaila recently moved to Germany where she is determined to continue the mission she started in Greece.

“It is my personal mission to involve more women in sports and to give them the confidence to reach their goals. It is my goal in life to empower women through sports and to defend their rights. I keep fighting, I keep dreaming to fly higher,” she said. 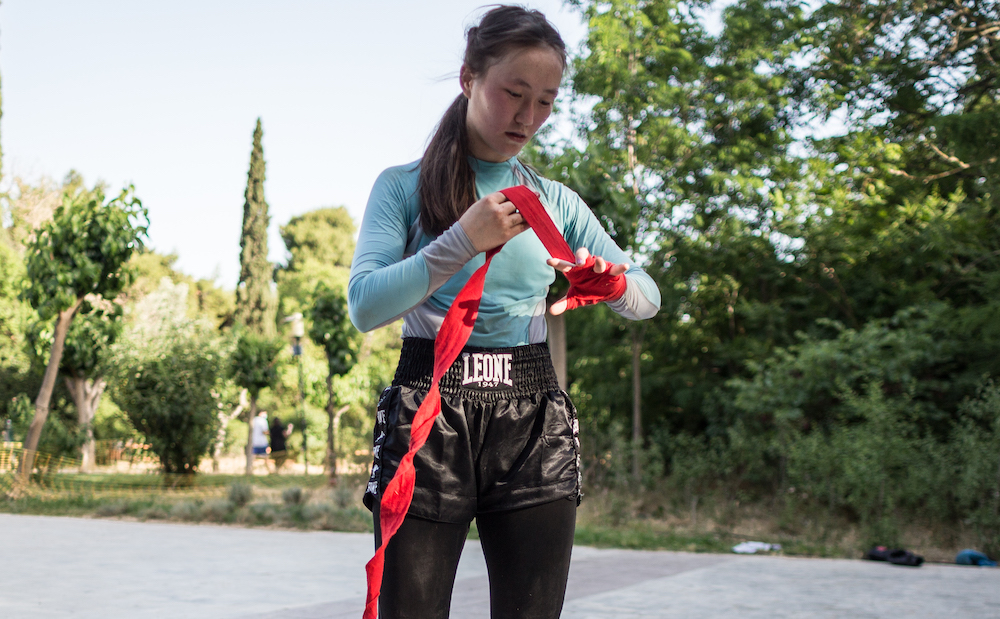 Mohamed grew up in the Bronx, New York where, at age eight, he witnessed a horrific house fire that killed nine people. The traumatic experience, along with negative influences from living in a historically marginalized community, fueled Mohamed's desire to stay in school and devote his time to giving back to young people in his community. He spent most of his teen years helping people, whether it be through mentorship, environmental service or volunteering.

Mohamed is the Co-Founder and President of the non-profit, Humanity Optimism Opportunity & Diversity Inc. With his team, Mohamed uses basketball to strengthen community bonds, champion essential workers and guide and inspire youth in the area to aim high through his Neighborhood Hero Initiative. He recently received a bachelor's degree in Biochemistry and dreams to become a surgeon someday.

“Coming from a marginalized community strengthened my value in giving back to the environment in any shape, way or fashion. Negative aspects of the community made me want to stay in school and receive good grades while others lost their way to the streets,” he said. 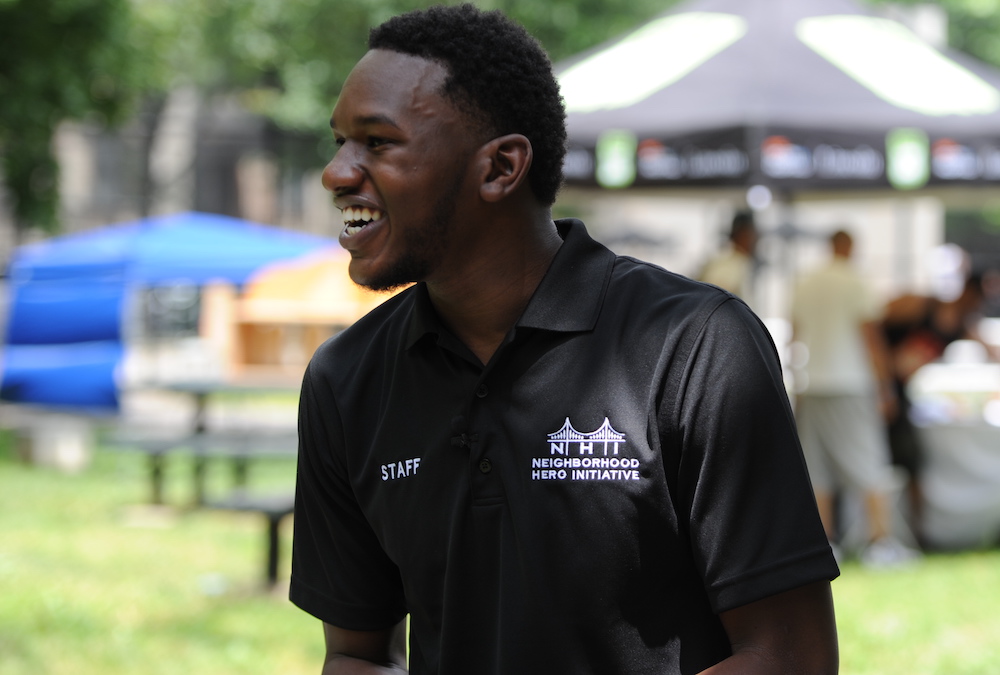 Zoya comes from a very conservative community in India, where there is a lack of opportunities for girls and females, generally, are not encouraged to participate in sports. Though supported by a father and mother who have more liberal views, many in her community were against her playing any type of sport and would constantly make comments.

But Zoya did not listen, and with the support of her parents, started attending sessions at the OSCAR Foundation which is dedicated to empowering youth in low-income areas through education and soccer. She developed a love for the sport and mentorship and now conducts soccer sessions to mobilize her community and encourage young people, especially girls, to participate in sport and pursue their education. During her sessions, she also delivers life skills training that covers topics such as communication, teamwork, discipline, confidence, health and hygiene.

“I want to mobilize my community and encourage young children, especially girls, to participate in sport and pursue their education as well. I want to teach them how to be confident and achieve their goals,” she stated. 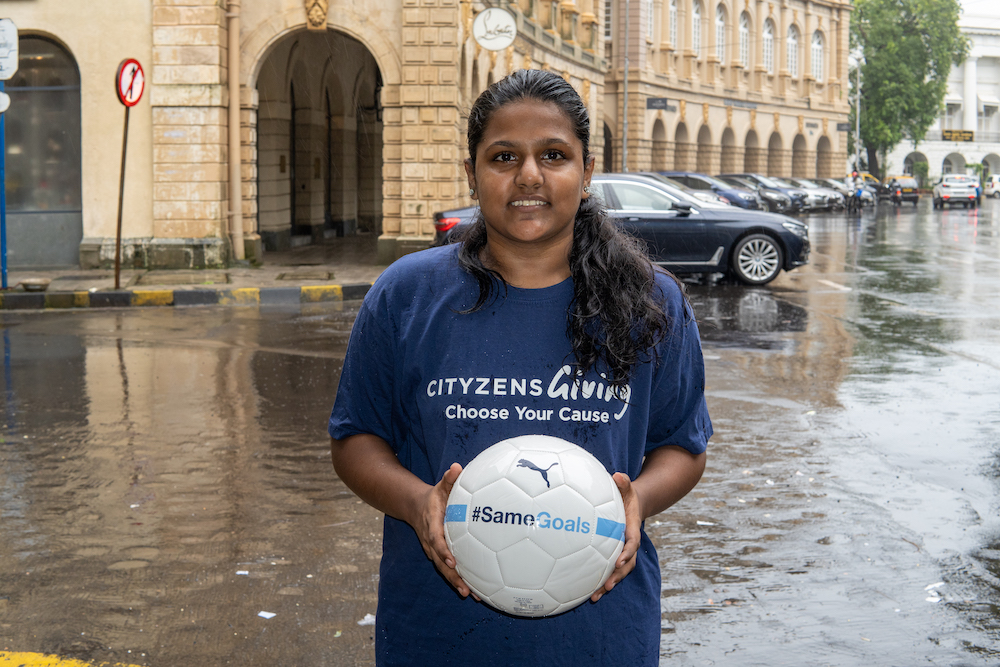 When he was 17, Gerald left an unstable life in Cameroon and undertook a dangerous journey through Northern Africa and across the Mediterranean Sea to find safe harbor in Europe. He was eventually rescued by the Italian Red Cross off the coast of Sicily and was transferred to a reception center in Northern Italy.

As a refugee, the language barrier and trauma of his experiences weighed heavy on him. After discovering Special Olympics, a global organization that uses sport as a platform for social inclusion for people with intellectual disabilities, Gerald was able to rebuild his self-esteem and decided to focus his energy on tolerance and inclusion. He became Special Olympics’ first-ever Advisor for the Unified with Refugees program, helping to expand its reach and impact. As an advocate for the initiative, Gerald is helping to change the lives of thousands of refugees and migrant youth by inviting them to a new family that excludes none.

“I found myself in a situation where I was isolated. I thought I was nobody, but God was generous with me and after my long and challenging journey, I got an offer to be active again. I came in contact with these athletes who embraced me, called me by my name and gave me the possibility to play with them as a Unified partner,” he said. 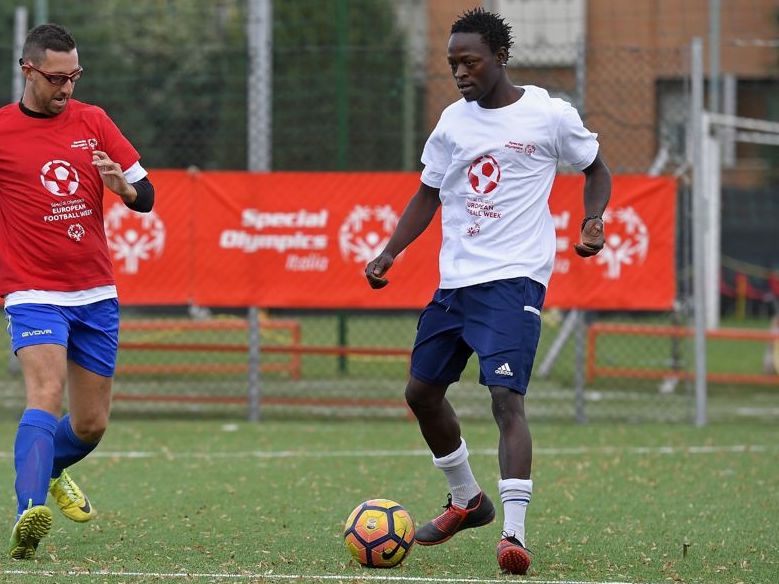 A huge congratulations to the winners of the 2021 Courageous Use of Sport Award! WWE is proud to provide funding to each of the winners and join Beyond Sport in amplifying their work.

Stay tuned in early 2022 to get to know more about these incredible young leaders who are using sport to lead their communities to a brighter future.