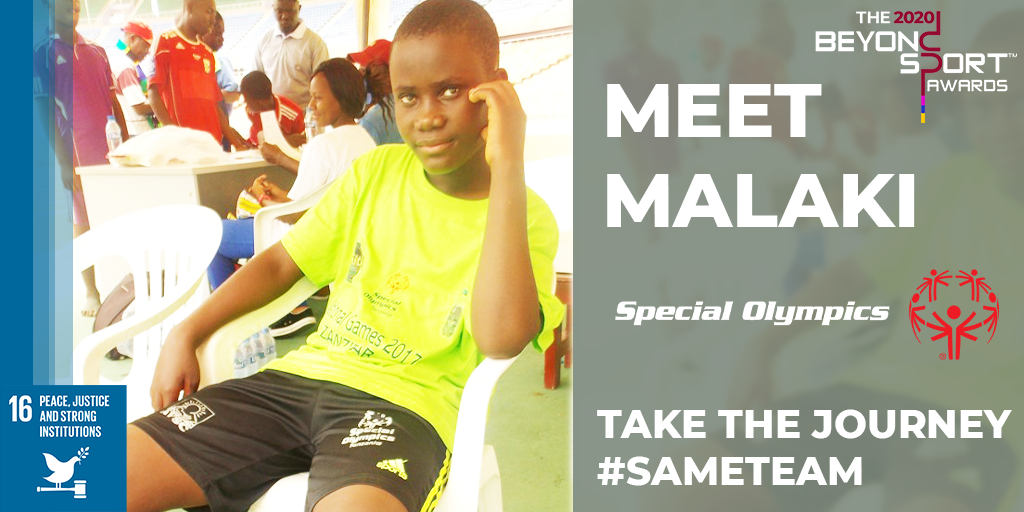 “I was once locked up in a room and my legs chained… Look at me now, I'm at the World Games."

2020 Beyond Sport Global Award Shortlister for Peace & Social Justice, Special Olympics, uses sport as a platform for integration and social inclusion. Today, meet Malaki, one of the inspirations behind the movement’s Unified Sports programme - children with and without intellectual disabilities playing on the same teams – in refugee camps.

Read about how he is changing lives for a marginalized population and then Take the Journey with all our Shortlisters through December at beyondsport.org/journey.

17-year-old Malaki has dealt with conflict his whole life. Due to civil war in his family’s native Burundi, he was born in a refugee camp in neighboring Tanzania. His family returned to Burundi for a time, but ultimately came back to Tanzania and settled in UNHCR’s Nyarugusu Refugee Camp - one of the world’s largest and most infamous camps.

Malaki has an Intellectual Disability (ID) and within refugee populations, youth with ID face even higher levels of stigma, prejudice, abuse and lack of access to services.

Struggling with his emotions and the scars of growing up and witnessing so much conflict, Malaki became violent towards others. Out of desperation and without the resources to support her son, Malaki’s mother took the drastic decision to isolate him at home, keeping him chained up with a padlock around his ankle - believing that it would stop him from hurting himself and others in the sprawling refugee camp.

Malaki’s dire living situation was eventually discovered during a visit to the camp by Special Olympics Board Member Nils Katsberg in May 2017. Further visits were arranged and – with the support of Lions Clubs International – Malaki’s mother was convinced to remove the chain. Helping Malaki and supporting his family to ensure he was never again chained-up became a priority.

In 2018, after winning gold with the Unified Refugee Football team at Special Olympic Tanzania’s National Games, Malaki was selected to compete in athletics at the 2019 World Games in Abu Dhabi. 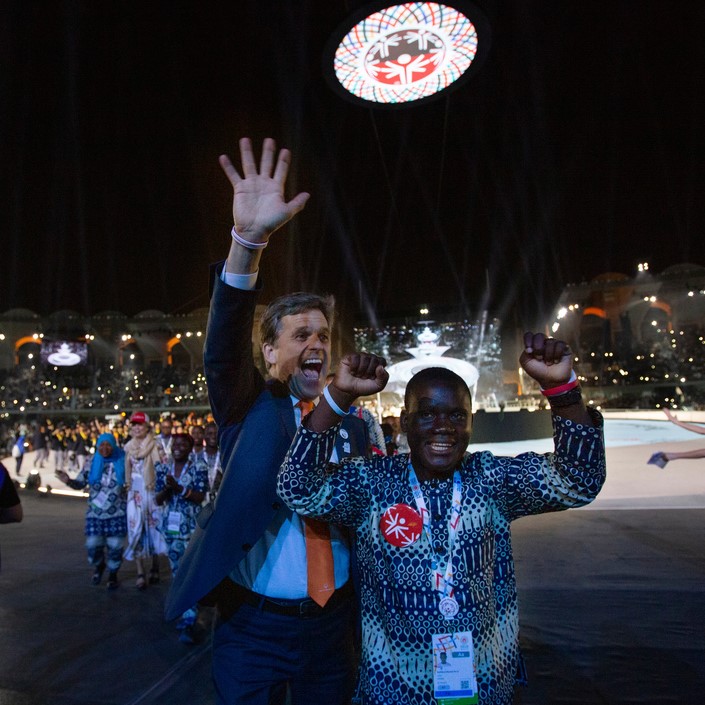 “I was once locked up in a room and my legs chained… Look at me now, I am at the World Games. I never knew I could make it this far, but Special Olympics has made it possible. Training and competing with other people has given me more confidence. They saved my life and now I am competing at a world level. I feel so happy.”

Today, in Nyarugusu, children with and without ID’s can ‘play, learn and shine’…all because of Malaki.

"Lives have transformed here at Shelter...When I grow up I want to champion vulnerable children to secure them better and safer lives."