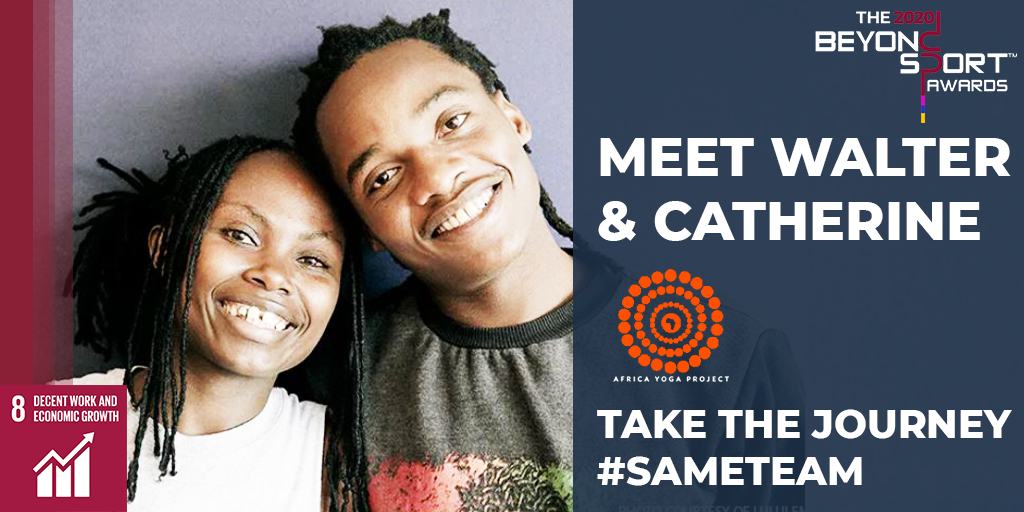 "What we hope to give all of our students is peace."

Meet Catherine Njeri and Walter Mugwe, teachers with Africa Yoga Project (AYP) - 2020 Beyond Sport Global Awards Shortlister. Read how yoga changed the trajectory of their lives and how they are using the practice to help empower and employ youth across the continent and then Take the Journey with all our Shortlisters through December at beyondsport.org/journey.

Both Catherine and Walter grew up amid challenging circumstances in the slums of Nairobi, Kenya. Catherine was the oldest of five and raised by a single mother. She finished high school, but “life was not easy--we would often go to sleep without food.” As a teen, she became a hairdresser to support her siblings and joined acrobatics troupes to earn money.

Walter’s father died when he was seven and his mother was unemployed. “I did whatever I could to make money,” including getting involved in drugs and gambling, and joining a separate acro-troupe. He also took part in a weeklong yoga training when he was 19. In 2009, AYP co-founder Paige Elenson recruited them for the techer training program.

“Learning yoga gave me this energy and compassion for others that could not be contained. I felt so much hope and I couldn’t wait to share that feeling with others,” says Catherine.

Walter felt similarly. “Yoga saved me…I also realized that I could use yoga to make others feel better.”

Both soon started their own free classes in Nairobi. “It was challenging at first and took time for people to accept what we were teaching,” Catherine noted. “Some thought we were talking about ‘yogurt,’ not ‘yoga.’ Others thought we were trying to convert them to an Indian religion. And in Africa, anything physical is for men, so some people were afraid we were training the women to go and fight with their husbands.” Nevertheless, their classes began to fill. 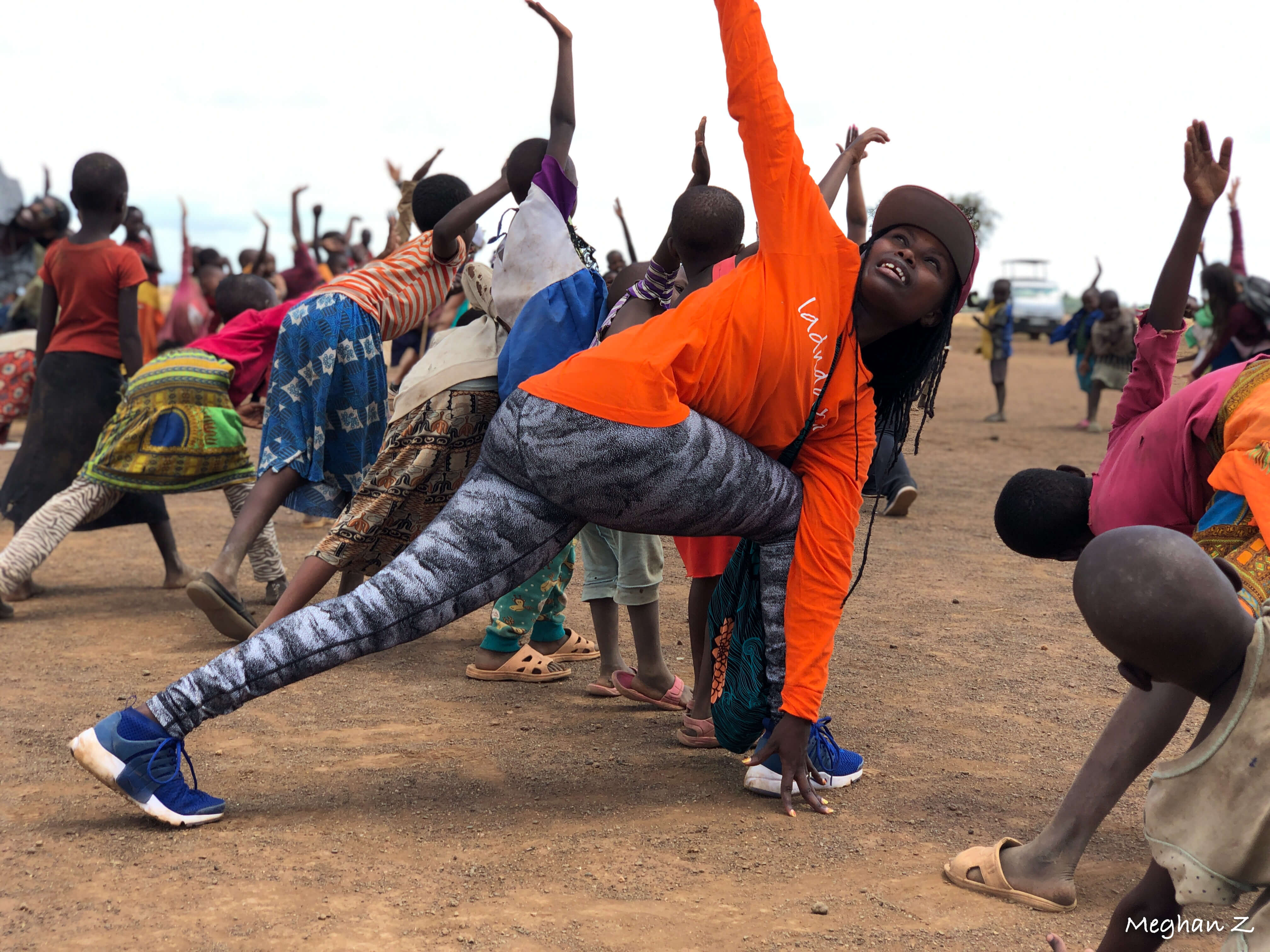 In 2012, Njeri and Mugwe began to offer teacher training to youth from across Africa, including Ethiopia, Namibia, Rwanda, South Africa, Tanzania, Uganda and Zimbabwe. “I try to be vulnerable to my students by sharing stories about my life, both good and bad,” says Walter. “And I listen to students and encourage them to express themselves. I want them to feel empowered.”

Both were also part of a UN project in Somalia that brought what they call “mind-body well-being” practices to help child soldiers, at-risk youths, humanitarian and aid workers and survivors of gender-based violence. Next month, they will be part of a similar project in the Kakuma Refugee Camp in Kenya.

AYP now has teachers in 21 African countries and Catherine is its director of teachers. She is the first Kenyan woman to lead a 200-hour yoga teacher training in Sub Saharan Africa and is a co-facilitator of this training annually in Nairobi.

Reflecting on how yoga changed his life, Walter notes "through the practice, look at where I am, learning new cultures, learning that yoga can be a form of employment, learning that I can cause the change I want for myself and my community."