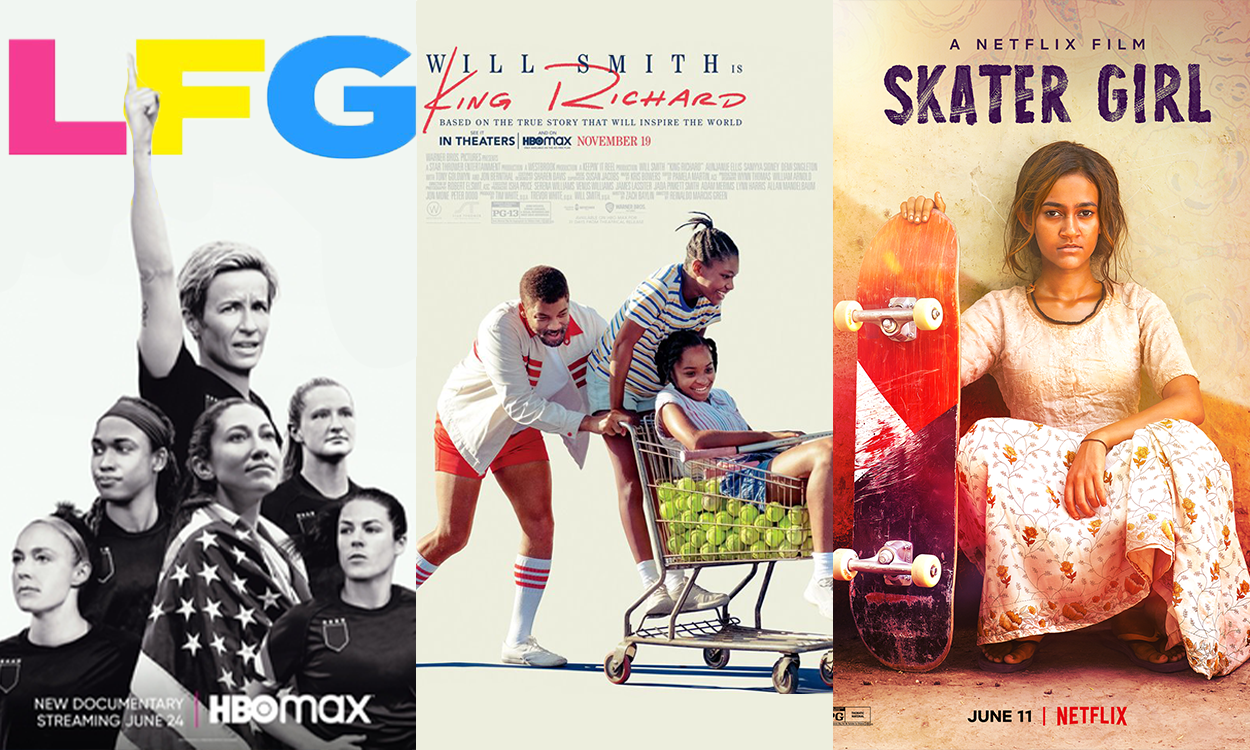 As many in the world are celebrating the holiday season, we’ve put together a festive edition of our Beyond Sport Recommends series. Read on for some of the films we've been watching:

Out in cinemas worldwide and streaming in the US now, King Richard speaks to the power of family, unwavering belief, love and triumph. It is based on the true story of the outspoken Richard Williams who is determined to write his two daughters, Venus and Serena, into tennis history and change it forever. Driven by a clear vision of their future and using unconventional methods, Richard created a plan take Venus and Serena Williams from the streets of Compton, California to the global stage as legendary icons. Go on an inspirational and uplifting journey that defies barriers and celebrates hard work and determination!

Defying the stereotype that only boys skateboard, this coming-of-age drama follows the journey of a rural Indian teenage girl who fights against the conservative Indian culture and traditions to pursue her dreams of skateboarding. The story showcases skateboarding's rise in popularity all over India, with an exploratio of the culture clash as well as very specific issues regarding resistance to girls participating in the sport - and in the wider world in general. It’s an incredible story of overcoming judgment and navigating a road of obstacles, illustrating how one skatepark can change a girl’s and entire community’s life. Skater Girl is available on Netflix.

Available on HBO Max in the US and set to stream online internationally, this documentary centers on the USWNT (United States Women’s National Soccer Team) and their ongoing fight for equal pay. LFG provides an inside look into the team’s battle for equality that started three months before their victories at the 2019 World Cup campaign. It has been descibed as "flawlessly weav[ing] incredible athletic performances, showcasing the amazing physical prowess of the players, with intimate and emotional moments away from the field, while sticking with the players as they continue the ongoing legal battle." For some serious women power, watch this rallying cry of the USWNT.

This documentary charts the story of heroic women testing the courage of their spirits, and reminding the viewers of the power of sport. The movie follows female soccer players, coaches, referees and medics from 30 countries across six continents as they summit Mount Kilimanjaro and descend to the Dead Sea to play the highest and lowest elevation soccer matches in history. Through their efforts, they advocate for top to bottom change and confront the world’s assumptions about what women can or should achieve. A truly remarkable journey of physical and emotional endurance, that resulted in two new Guinness World Records, will hopefully inspire you to tackle the impossible on and off the field.

Goal Goa is a 60-minute feature film that begins in present-day Goa where football pitches have been closed for 18 months. The project is helmed by Lisa Heydlauff, CEO of Going to School, a creative non-profit education trust that makes powerful stories to transform the way Indian children and young people learn at school and online. The story goes back in time to explore how football came to Goa and how women football players came to compete nationally, addressing the question: How can the great game get us out of this so we can all get back to playing football together? The film includes Goa National Women’s Winning team from the 1970s, India’s first woman coach for the women’s national team, the first woman FIFA referee and the first woman FIFA referee to adjudicate an international match.

UNODC & FIFA Set to Focus on Sexual Abuse in Sport