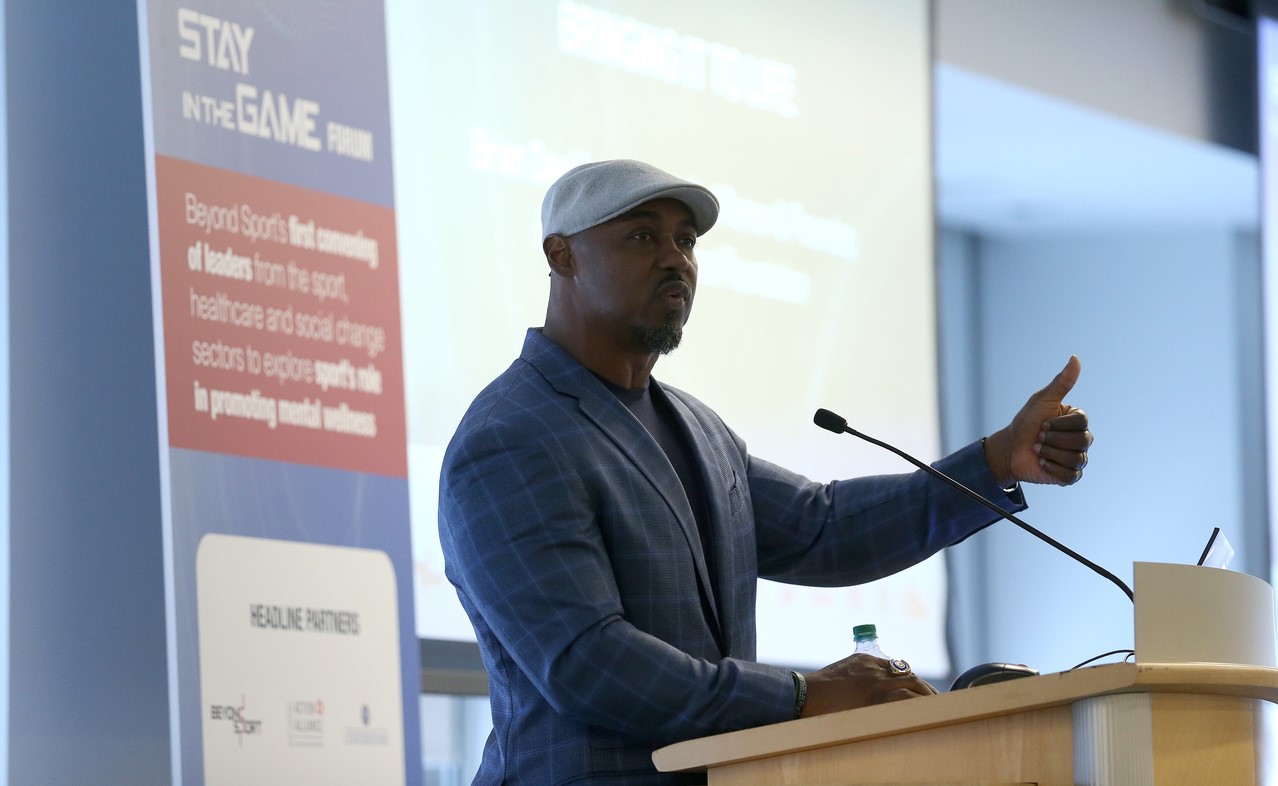 Stay in the Game Forum on Mental Health / NBC SPORTS

Coalition aims to expand conversation around sports and mental health

One year ago this weekend, former Eagles safety Brian Dawkins was inducted into the Pro Football Hall of Fame. Minutes into his acceptance speech Dawkins talked about his battle with depression and suicidal ideations.

It was a stunning revelation for the 16-year pro football player — and since that 22-minute speech, he hasn’t stopped talking about his experience.

On June 11, Dawkins was one of four elite athletes to attend and share their stories at the ‘Stay in the Game Network’ coalition on sport and mental health held at MLB Headquarters in New York.

The sessions were sponsored by Beyond Sport, a UK-based organization which focuses on promoting, supporting, and celebrating the use of sport to address social issues in communities around the world.

Nick Keller, the founder and president of Beyond Sport, said now is the perfect time to expand the conversation around mental health and sport.

“I think we are at a particular time in society where people can have these open conversations,” Keller said. “And that we’re recognizing that performance isn’t just about winning medals. We have to care about the human being that is winning the medals.”