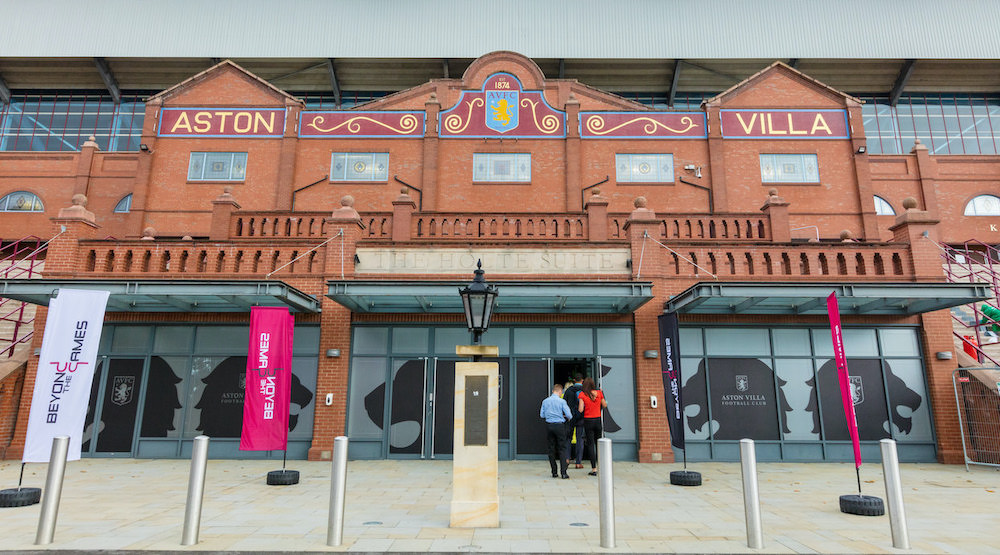 Beyond the Games: 70% of Industry Leaders Believe the Sport Sector Can Do More

Over 70% of leading figures from the UK’s sport industry believe sport isn’t taking sufficient action to leverage its position, power and popularity to
help break down social barriers and address inequalities in local communities.

On Tuesday, 26th July 2022, over 250 leaders from the domestic and international sports sector gathered at Birmingham’s Villa Park to attend Beyond Sport’s Beyond The Games conference in partnership with Sport England and UK Sport. The attendees and industry leading panelists came together to explore, debate and share insights on sport’s role in addressing the UK’s most pressing social and societal issues, ranging from gender equality to sustainability, while considering the power an athlete’s voice has in this day and age.

Just two days before the start of the 2022 Commonwealth Games in Birmingham, guests were asked to complete a survey as part of the event which provided an eye opening insight into the current state of British sport.

Throughout the day, Beyond the Games featured a series of group panels, inspiring case studies, in depth group workshops, and opportunities for different parts of the sector to meet each other and form new partnerships. With some of the most influential people in British sport, brought together in one room by Beyond Sport, it was a day for productive and progressive discussion and debate about what the sport industry can do collectively to address inequalities, health and wellbeing and environmental sustainability.

Appearing on stage, and discussing some of the topics raised were the likes of World Champion Boxer, Carl Frampton MBE, Commonwealth Gold Medalist netball player, Ama Agbeze, and former Aston Villa Women Club Captain, Marisa Ewers who took part in a panel on the power of an athlete's voice and the opportunity they have to use their platform to create change beyond the field of play.

Talking on the Power of the Athlete panel, Carl Frampton MBE, said:
“If you have a platform you should use it in a positive way, and it's great to see so many influential people from the world of sport here at the Beyond the Games conference, all with the ability to help generate positive change in society.

“Although I have a sports background, I’m an advocate for Ireland and for integrated schools. Just under 8% of schools are of integrated status and this is what I want to change so that generations to come can feel its benefits.

“Boxing is behind the times, we’re a sport that’s still trying to catch up. The advice for youth getting into the sport now is much better than I had as a kid starting out, and that’s a great change, but more still needs to be done, and is something I will continue to help push.”

Sport England CEO, Tim Hollingsworth and UK Sport CEO, Sally Munday discussed sports' role in uniting the local community through physical activity, and the impact an event like the Commonwealth Games can have on the local area and society in general.

Talking about the legacy of the Commonwealth Games on the local community, Tim Hollingsworth, Sport England CEO, said:
"The conference importantly touched on many areas where sport can help to engage and unite local communities, and it was brilliant to hear so much willingness from those in the room to work together to bring about change.

"In our commitment to securing a lasting and effective legacy from the Birmingham 2022 Commonwealth Games, we have very consciously invested significantly in organisations, clubs and local communities who can engage people who might have previously thought sport, and being active wasn’t for them. Through our collective work with our many partners, it’s now our job to ensure the Games leaves a lasting and meaningful impact for those living across the West Midlands."

Sally Munday, CEO of UK Sport said:
“Sport has the power to drive positive change in all areas of society, including gender discrimination. It is brilliant sport, not brilliant women’s sport, and we have a massive opportunity to transform gender equity and equality, especially now with the UK hosting the International Working Group on Women & Sport over the coming four years.

“We’re seeing more and more interest in women’s sport, whether that’s driven by the remarkable performances of the Lionesses at the Euros or by the Birmingham 2022 Commonwealth Games which promise to showcase the very best of women’s sport. Women’s sport has bounced back strongly from the pandemic and there is genuine momentum around it. Now is the time to accelerate our efforts by being ambitious in how we invest in and showcase women’s sport, the potential of women’s sport is huge and it also has a unique ability to drive positive societal change.”

Beyond Sport is a UK and US based charity that supports initiatives and builds partnerships that purposefully use sport to address the world’s most pressing social issues. Beyond Sport’s programs leverage a global network of innovators, organizations and experts and have provided $7.4M in grants to 421 projects across 71 sports in 100 countries

Fred Turner, Executive Director, Beyond Sport said:
“After the last few years of separation, it was brilliant to be able to see the sector back together - and with the Games just around the corner. While much of the discussion reinforced the importance of sport to our communities and how, when used with intention, it is a uniquely powerful tool to help tackle our biggest social challenges, it was also refreshing to have a candid forum about where we are also falling short and how, collectively, we need to do more. Beyond Sport develops platforms like these just for that reason, to educate and inspire, but also to have honest conversations on how we can do better and Beyond the Games 2022 did just that.”

Away from the panel discussions, guests were invited to take part in a series of workshops looking at some of the key opportunities for sport. Topics included, How high-performance sport can contribute towards positive change, led by UK Sport. Empowering young leaders by driving sustainable local and national impact, led by NFL Foundation UK & BigKid Foundation. Maximising sport’s role in reducing the over representation of ethnically diverse children in the youth justice system, led by Alliance of Sport, and leveraging data to help you meet your equality, diversity and inclusion goals, led by Upshot, as well as five more.

ABOUT BEYOND SPORT
Since 2008, Beyond Sport has supported initiatives, generated ideas and built partnerships that purposefully use sport to address the world’s most pressing social issues. Employing a unique and holistic approach, Beyond Sport’s programs leverage a global network of sport for social change innovators, progressive organizations and expertise built up over more than a decade to tackle issues head on and collectively. The organization has provided $7.4M in grants to 421 projects across 71 sports in 100 countries. beyondsport.org