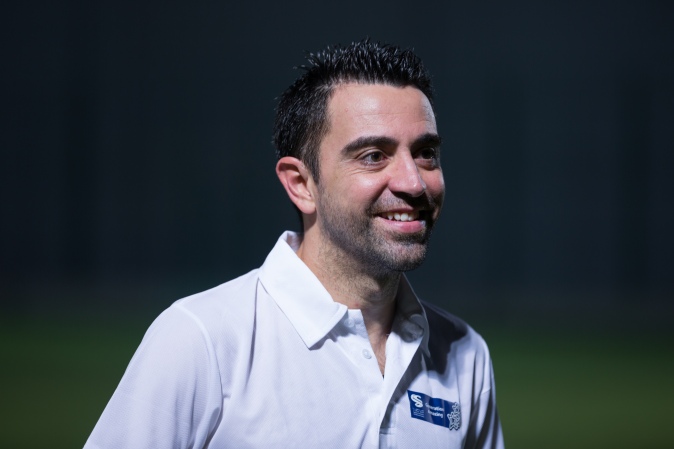 Over an unparalleled career spanning two decades with Barcelona and Spain, Xavi Hernandez has won more than the 28 titles which make him one of the most decorated players in world football – he has also become a role model with the trademark humility and respect which have inspired millions of youngsters around the world.

The FIFA World Cup™ winning midfielder has joined forces with the team delivering the 2022 FIFA World Cup Qatar™ as he became an official ambassador for Generation Amazing, the flagship CSR programme of the Supreme Committee for Delivery & Legacy (SC). Through football for development workshops and visits to different Generation Amazing projects in Qatar and the Middle East, Xavi will begin working with schoolchildren, refugees and migrant workers to use the power of football to inspire social change within communities.

“I’m very excited to be joining this programme, which really inspired me through the fantastic work they are doing with different groups within society,” Xavi told www.sc.qa.

“I try to help as much as I can and have done so in all my life, both in Spain through my academy for youngsters and now here in Qatar. For that reason joining the Generation Amazing programme, and helping children, migrant workers, refugees and the people who most need it is a real privilege for me.”

Xavi will visit a Generation Amazing pitch in Jordan and conduct football for development training sessions with the youngsters in a refugee camp, to the backdrop of the U-17 FIFA Women’s World Cup. The former F.C. Barcelona midfielder will meet Generation Amazing ambassadors and attend the opening match of the tournament between Jordan and Spain on 30 September.

“I’m very excited to be heading to Jordan, as my first trip and my first activity with Generation Amazing. I look forward to meeting the young Generation Amazing ambassadors there and seeing the difference they are making to their communities. It will also be great to see how girl’s football is developing and I will attend a game of the Under 17 World Cup. It gives me great pleasure to be travelling to Jordan, to be there for two days to enjoy the time with the youngsters.”

After a glittering career which saw him lift the 2010 FIFA World Cup™, two UEFA European Championships, four Champions League titles and eight Spanish La Liga titles, Xavi wants to use his experience on the pitch to show how football can change people’s lives.

“Football is a fantastic tool to unite people, societies, it crosses cultures and religions, and unites everyone who tries to employ the game in a positive manner. Here in Qatar and in Jordan and the other countries where Generation Amazing is present and has opened pitches, we can use football to unite people. Of course I will also learn from the kids. In life you always have to try and learn things, and improve as a person.”

“We are honoured to have the global icon, Xavi Hernandez, represent the Generation Amazing programme, which means so much to our organisation and to the 2022 FIFA World Cup,” said SC Secretary General, H.E. Hassan Al Thawadi.

“When Qatar bid to host the FIFA World Cup, the Generation Amazing programme made a commitment to use the power of football to change lives. It will continue to do so until 2022 and beyond, and we believe Xavi will be a fantastic ambassador for the programme with all of the positive values he represents. We look forward to visiting Jordan and inspiring the kids and refugees that we meet there through the power of football.”

Paralympic Legacy: Together We Will