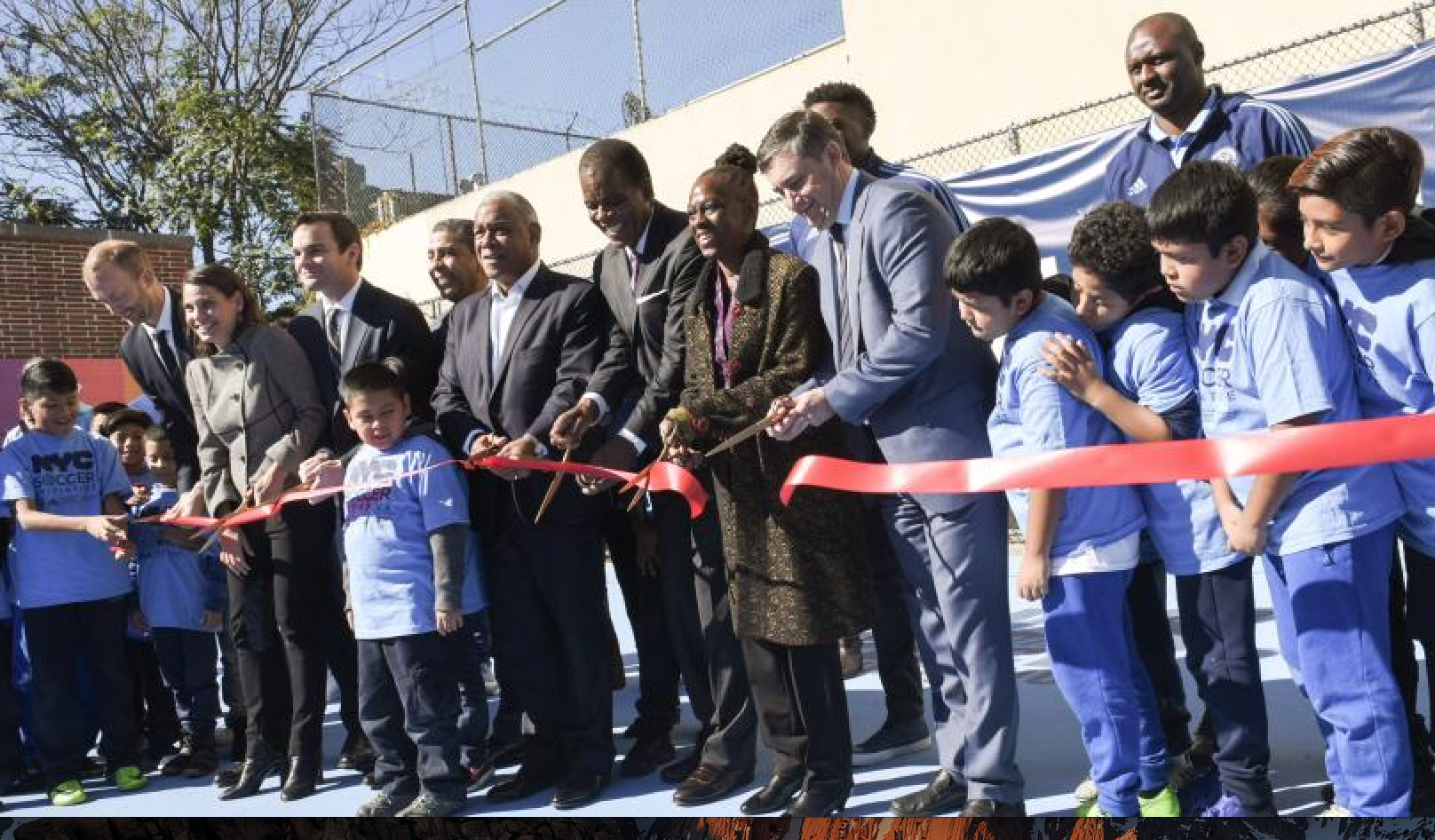 The new fields are the first to open as part of the New York City Soccer Initiative, launched by Mayor de Blasio last year, a public-private partnership to build and maintain 50 mini-soccer pitches in underserved neighborhoods across the five boroughs over the next five years, and expand afterschool programing for thousands of New York City youth.

"Participating in sports while I was growing up contributed a great deal to the person I am today. I want every child in New York City to have that same opportunity. The NYC Soccer Initiative provides our most vulnerable youth communities with valuable programming and life-long mentors to enrich their lives," said First Lady Chirlane McCray, Chair of the Mayor's Fund to Advance NYC.

“This investment in new soccer fields will bring school communities together and encourage teamwork and exercise among students,” said Schools Chancellor Carmen Farina. “We thank our partners at NYCFC for their support in helping us bring high-quality afterschool opportunities to hundreds of families in all five boroughs.”

“We are excited to celebrate the opening of the first ten mini-pitches, which provide greater access to safe playing spaces and quality programming for youth where they live, play and go to school.” said Ed Foster-Simeon, president & CEO of the U.S. Soccer Foundation. “We are honored to work with our partners and the City of New York who recognize the power of soccer to bring communities together, address pressing issues, and help youth embrace healthy, active lifestyles and learn critical life skills they need both on and off the field. Together, we are igniting an urban soccer movement that is spreading to other cities throughout the country.”

Sky Ocean Rescue partners with Turn the Tide on Plastic