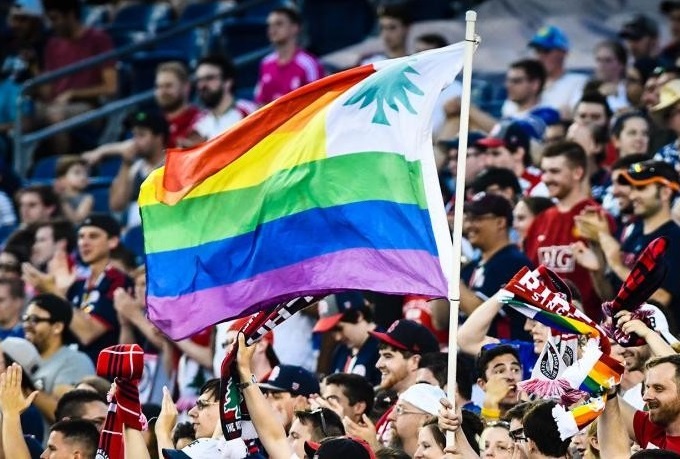 NFL to promote equality from within

This week, the NFL took a big step in advocating for improved levels of equality as they launched an LGBTQ employee affinity group, called NFL Pride. The new organization, officially launched today, will be used to support LGBTQ employees and advise NFL executives on best practices for engaging on diversity issues.

The internal league memo, written by the NFL Diversity Council, was sent to all NFL staffers, including people at the league office and the NFL Network. It reflects the continued efforts of the US Leagues to align with Sustainable Development Goal 10: Reduced Inequalities.

“Through networking events, speakers, community outreach and employee education, NFL Pride will serve LGBTQ employees and their allies as they support a culture of inclusion,” the memo read. “All employees are invited and encouraged to join and participate in planning and/or attending events.”

The NFL started employee affinity groups around 2010, with current groups focusing on women and black employees. According to NFL Executive Vice President & Chief Human Resources Officer Robert Gulliver, NFL Pride is launching now because the NFL has received what he called a “critical mass” to ensure the group thrives.

“This year we have received a groundswell of employees essentially coming to our diversity council and indicating they wanted to set up a pride LGBTQ affinity group,” Gulliver stated. “Because there was finally a critical mass of employees who expressed interest, we were able to go forward and make this happen.”

In addition to supporting LGBTQ employees and building best practices, the group will be used to drive the direction of the league on broader LGBTQ issues. Executives will be encouraged to work with NFL Pride whenever they are building “communications, marketing/product integrations, workplace best practices, and other challenges or opportunities.”

The MLB has a similar LGBT and Allies Business Resource Group at the commissioner’s office, which recently volunteered clean-up services during New York Pride. The MLS has also been increasing its engagement with the LGBTQ community, hosting a number of events and initiatives over the last few months with Orlando City and New England Revolution.

Oslo prepares for the 15th edition of the Homeless World Cup