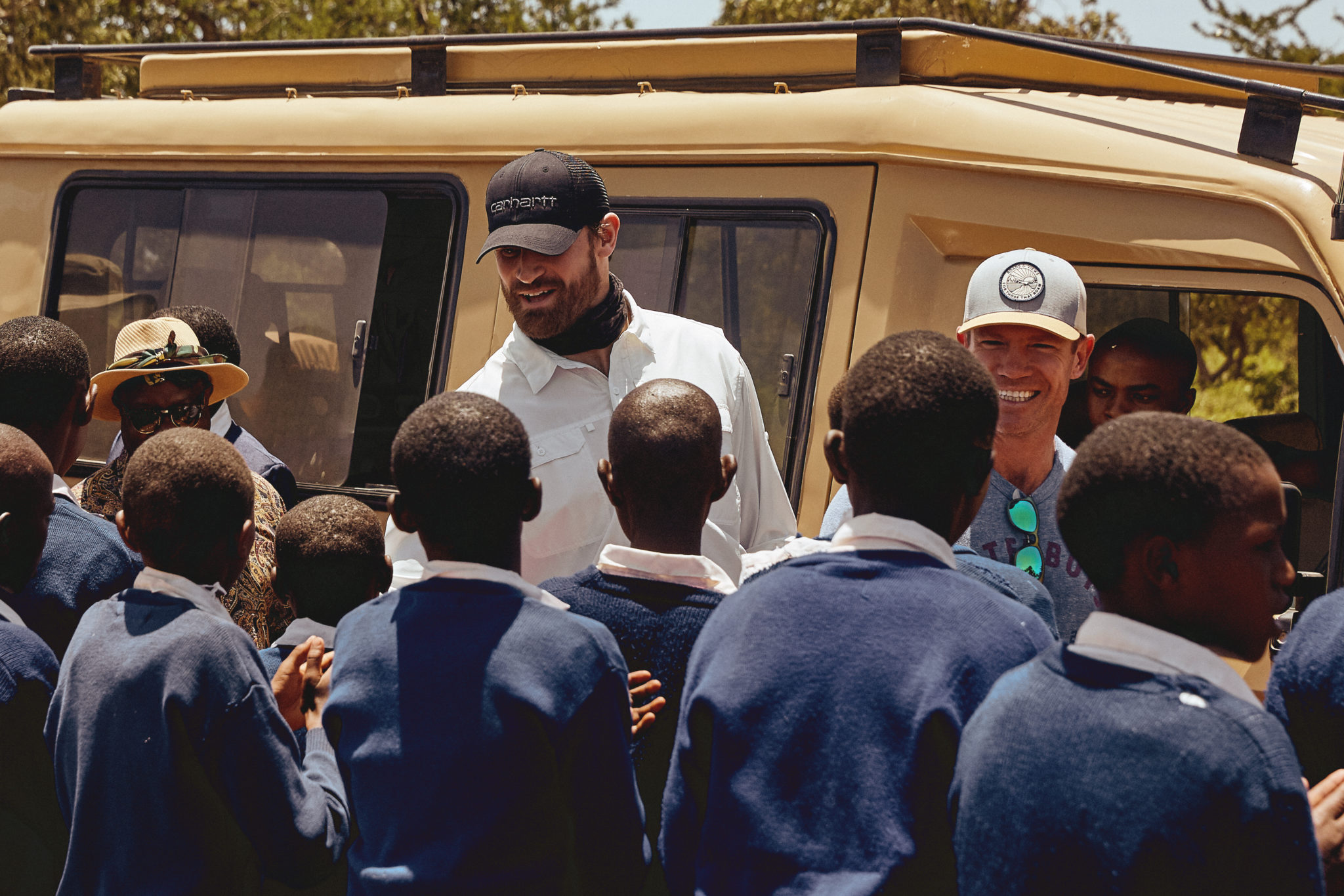 NFL and NBA Athletes Come Together to Combat Water Poverty

In 2015, two-time NFL Super Bowl Champion and Eagles defensive end Chris Long, started the Waterboys initiative, a  collective impact model that leverages the power of professional sports to more quickly and effectively address the world water crisis. Since then it has flourished with the commitment of an additional 29 NFL players.

Long launched Waterboys with a goal of building 32 sustainable deep borehole wells — one for each team in the NFL. Thanks to the generosity of individual donors and corporate support, Waterboys achieved its initial goal in February 2018. Through its partnership with WorldServe International, Waterboys has helped more than 193,000 people gain access to a healthier, more productive way of life.

Now, NBA players are joining the cause. Milwaukee Bucks point guard Malcolm Brogdon has expanded his commitment to help end the clean water crisis by creating Hoops2o, which was launched alongside four other NBA players, collectively known as the ‘Starting 5.’

After traveling to Ghana and Malawi as a child and seeing the effects of poverty, Brogdon has been determined to use his platform to provide solutions for suffering communities in Africa.

“I saw from a very young age the value of clean water in communities in Africa,” said Brogdon. “I made a promise to myself that once I reached a time and place in my career where I could do more, I would. When I learned about Chris’ Waterboys initiative and saw their accomplishments by working as a team of players to inspire action, I knew I wanted to expand his vision into the NBA and address our ultimate shared goal to save more lives faster and transform communities.”

The mission of Hoops2o is to leverage the NBA platform to unite fans and players with a goal of raising funds and awareness to provide clean water to East African communities in desperate need. The Starting 5 have set the goal to raise $225,000 to fund five wells, one for each of the Starting 5 teams, by the end of the 2018-2019 NBA season. 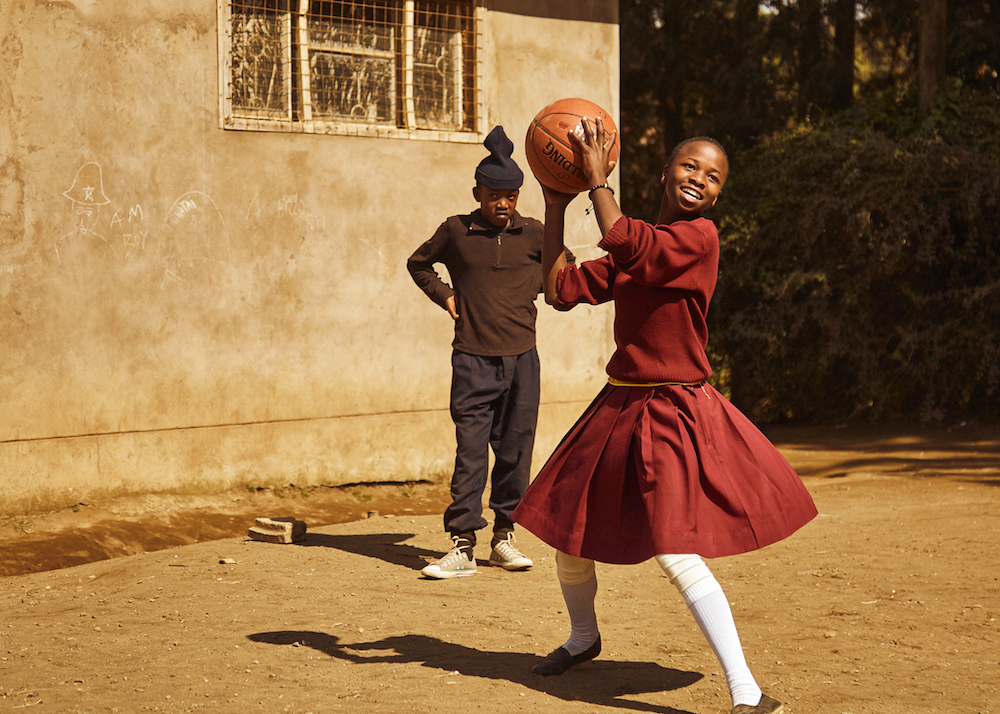 Waterboys works with non-profit WorldServe International to build wells to provide life-giving water and all that comes from it – the opportunity for education, good health and economic stability. To date, Waterboys has raised more $2.6M to fund 49 wells that will provide water to over 193,000 people.

“I’ve always known that Waterboys had the potential to be bigger than any one league,” said Waterboys Founder Chris Long. “I’m honored that our work is expanding into the NBA and I couldn’t be more excited about what this will mean for our neighbors who lack access to a fundamental resource. I’m confident that working together as a united front, the NFL’s Waterboys and the NBA’s Starting 5 will bring us one step closer to providing water to one million people.” 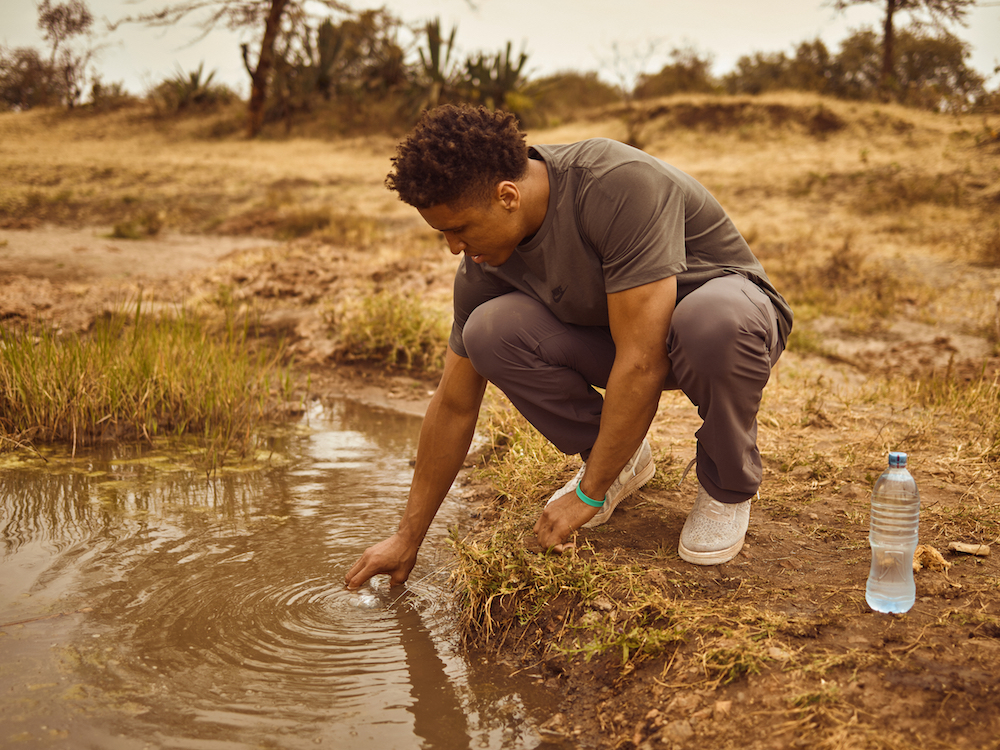 To kick off the Hoops2o program, the Starting 5 are asking fans to get involved by participating in the “Ballin’ for Buckets” campaign. During November, fans are being encouraged to pledge a dollar amount per stat line for one of the Starting 5 players on PledgeIt.org. The goal is to raise $45,000 and fund the first Hoops2o well. Brogdon and each member of the Starting 5 has made an individual financial pledge to support Ballin’ for Buckets and their performance on the court.

Player stat tracking will begin on November 1, but fans can make a pledge now. Whether its points per game or 3-pointers, when a Starting 5 player performs on the court, lives will change for the better.

All funds raised through the Hoops2o program will go towards building solar paneled, sustainable deep borehole wells in communities in East Africa. Each well comes with a price tag of $45,000 and provides water for up to 7,500 people, meaning that a donation of as little as six dollars can save a life.