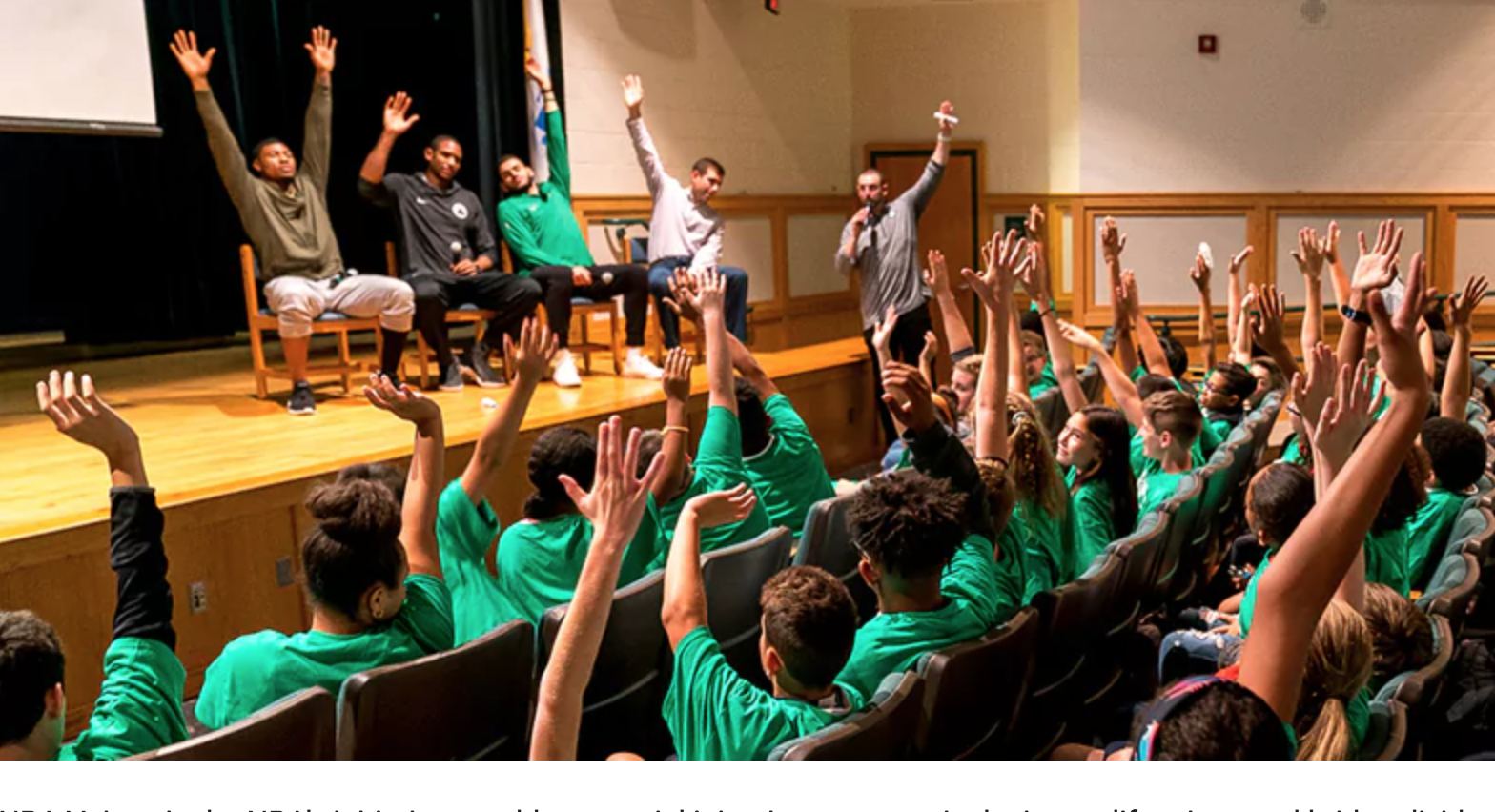 This project represents another step in the league’s ongoing work to bring people together and use the game of basketball to demonstrate the importance of equality, diversity and inclusion.

Imagine the collective power of many voices calling for equality, justice, and unity...

For decades, the NBA family has engaged with dozens of community-based organizations to create stronger, safer communities including the last two years over which the NBA family has supported more than 200 programs, events and initiatives in 26 cities; driven more than 40,000 new mentor signups; and brought together more than 10,000 youth and law enforcement officers in communities nationwide.

NBA Voices will continue these efforts in a number of ways, including leading community conversations, supporting a network of community partners and through an interactive social media platform to amplify the voices who are making a difference.

"Since our players stood up and in essence there was a call to action by the NBA family, we are incredibly proud that we have executed over 200 events in communities around the country in every NBA city. With the case of NBA Voices, we recognize that access to that platform was important to our fans. It was really in response to our fans saying to us, ‘Where do we go to learn more about what it is that you are doing, and what we can do?’"

"With all that is going on in our country and the world, it is a reminder to us that we can be such a force for good, both positive messages and actions for a diverse group of fans and people and where in the modern NBA, not just in terms of diversity and race but diversity of ethnicity and nationality in a league that is 25 percent non-American."

This past September, Silver and Roberts sent a letter to players offering support for their efforts to build stronger and safer communities. While Colin Kaepernick and several NFL players sparked discussion and action with their protests of racial oppression and inequality during national anthems, the NBA wanted to find ways for their players and teams to make effective change in communities.

Since then, the NBA has held Building Bridges Through Basketball tournaments and various programs to talk about how to break down barriers and forge trust between youth and community leaders and law enforcement. The NBA has also partnered at events with the U.S. Conference of Mayors, MENTOR, RISE and the Vera Institute of Justice in several communities.

"The values of equality, diversity, respect, teamwork, they really are the foundation of our game and our growth. So the opportunity to highlight those values, to speak out on them, to bring communities together and to not be afraid to have difficult conversations, those are all the things that our players are thinking about and doing."

"They want to be in a position where they can effect real change and be connected to organizations that are doing the good, hard and important work in their communities."

"I think the fight for equality, justice, inclusion, mutual respect and better understanding between cultures and people who disagree and [are] trying to do so respectfully - this is work that our guys are going to be at for a long time. And they want to be."