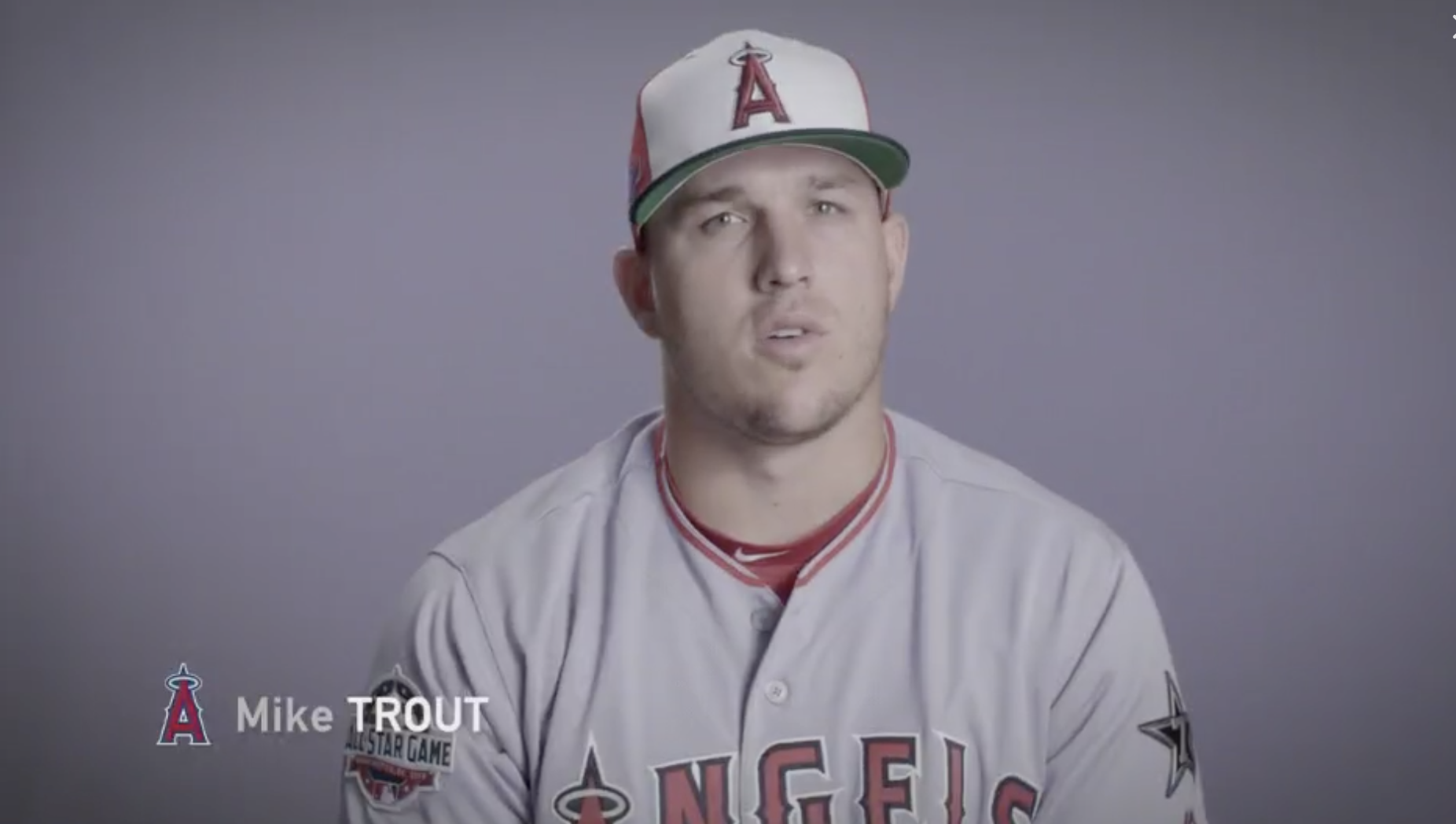 The league announced last week that it will run a public service announcement campaign in conjunction with ESPN during the network's broadcast of the National League Wild Card Game.

Shred Hate is an innovative joint program between ESPN, MLB and the X Games that strives to put an end to bullying in schools by encouraging youth to choose kindness.

The PSA program is titled "Join Our Team" and will run on ESPN's networks throughout October, as well as on MLB Network and on MLB Digital Assets such as MLB.com and the MLB At Bat app. The concept was developed by ESPN Creative works and shot by MLB Network, and was designed to incorporate a diverse demographic among the Majors' most recognizable players. The videos were shot during All-Star Week in Washington in July.

"Shred Hate is delivering a really important message," Lindor said. "Over 10 million kids per year are targets of bullying in schools and even more are targeted on social media. No one deserves to be bullied and it's up to all of us to make sure it doesn't happen."

Springer, who continues to overcome a speech stutter, said the Shred Hate initiative has a fulfilling element for him.

"I went through the ups and the downs of being made fun of from my words getting said back to me or getting called Stuttering Stanley, all that stuff," Springer said. "Baseball allowed me to be who I was, to go out and not think about having to speak in public and not having to think about the social anxiety aspect of it.

Shred Hate was launched in January of 2017 and has reached nearly 30,000 students. Nine MLB clubs -- the Cubs, White Sox, Angels, Dodgers, Twins, Phillies, Pirates, Rangers and Nationals -- currently support the bullying prevention efforts for the 2018-19 academic school year. Shred Hate has also developed a new out-of-school module for after-school and summer programs, which MLB plans to utilize in its Reviving Baseball in Inner Cities programs and MLB Youth Academy Network nationwide. Those modules are available for download at MLB.com/shredhate.

"I don't want to be defined only as a baseball player," Judge said. "There are a lot of things off the field that make me who I am. I want to be someone that helps spread the message that every kid should feel respected and understood. That's the kind of mark I want to leave. I want to be a positive influence and a role model for kids."

"The Shred Hate initiative addresses a serious issue no kid should ever have to endure," Betts said. "There's nothing cool about being a bully, and we all have an obligation to make sure kids understand that this type of behavior, whether online or in person, cannot be tolerated. It's time we replace bullying with kindness and acceptance."

Arenado added: "It's very important to me to be part of this campaign to speak out against bullying. As a Major Leaguer, I know we have an opportunity to use our platforms to be a positive force for change. Every kid deserves to be treated with kindness, and I hope kids all across the country receive that message loud and clear from me and my fellow players."

"I'm really excited to be a part of the Shred Hate campaign," Doolittle said. "It is staggering to learn that nearly one in four students are victims of bullying and cyberbullying and the work of nonprofits like No Bully is essential to eradicate this epidemic."

"No one deserves to be bullied. Let's work together so all kids know they have a voice. It's time to choose kindness!" Trout said.