“I am greatly energized by the children I work with. I definitely think that helping with other’s development is the best way to get a real understanding of yourself."

Meet Anastasia "Nastya" Vasylyshyn, one of the few feminists in Ukrainian sport, a national champion athlete and a social impact football coach with League of Tolerance (LOT) - 2020 Beyond Sport Global Awards Shortlister for Reduced Inequalities. Read about her below and  then Take the Journey with our shortlisters at beyondsport.org/journey through December.

Hailing from a small village outside of Ivano-Frankivsk, 19-year-old Nastya has played sports all her life, often suffering sexist hate speech for playing her favorites, football and rugby, traditionally considered “men’s sports” in the Ukraine.

In 2018, she took a League of Tolerance workshop on the social power of football and its growing "Play for Human Rights" campaign which uses the playground to promote inclusive and accessible human rights education. She successfully started coaching 40 local kids in her community and LOT took notice, asking her to become a volunteer coach for their new "Come on! Let’s play!" social football school (supported by champion FC Shakhtar Donetsk.)

In the multi-ethnic/cultural country, the school focuses on breaking down barriers. Nastya began coaching a diverse group of kids, including those with disabilities, orphans and internally displaced children from Donbas and Crimea. She found her passion and has become a role model, particularly on gender equality, to many of them. 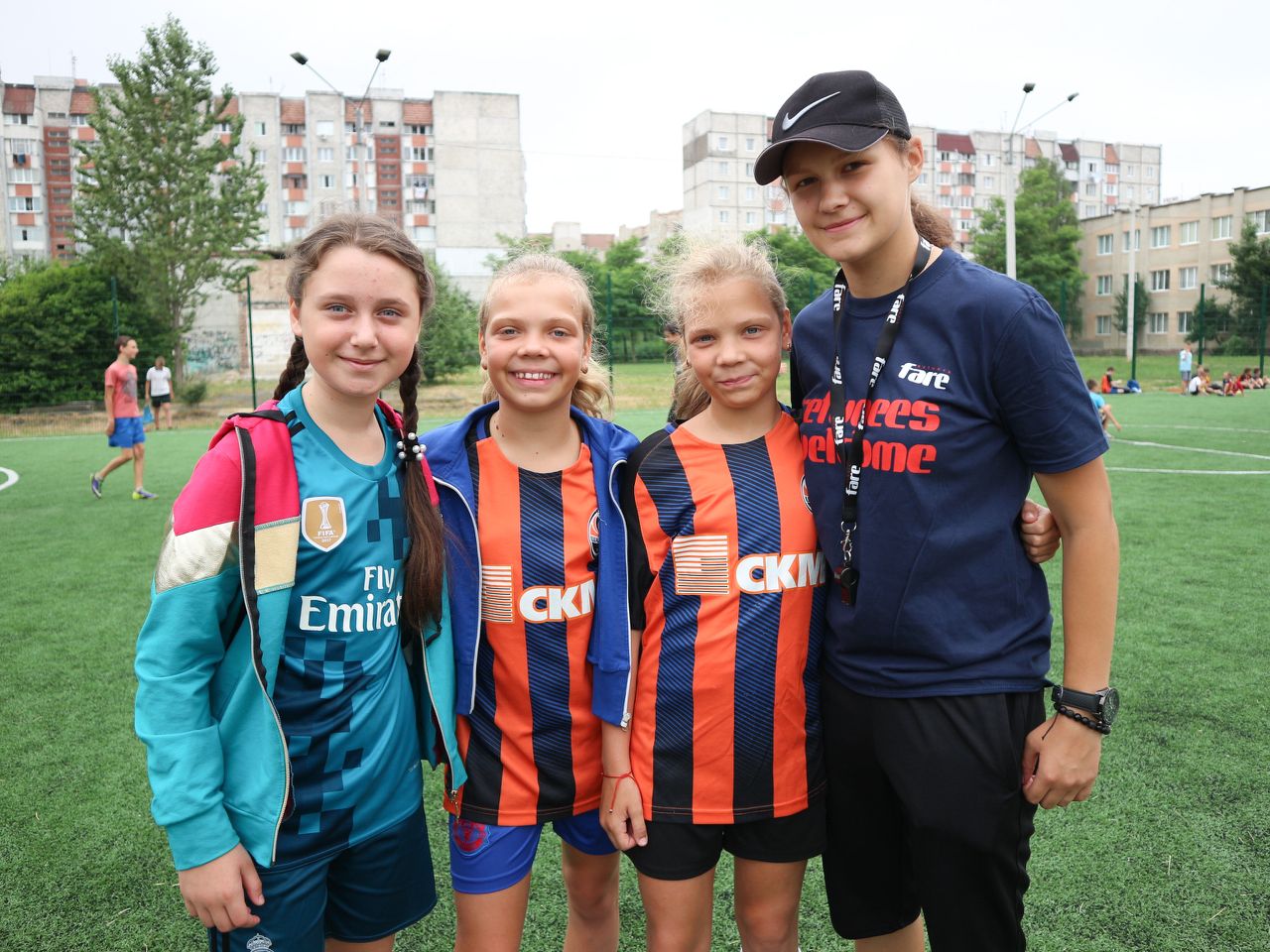 "I think that everybody who has a useful experience to share should start coaching others, no matter how old are you and how many people believe in your abilities at the start. Everybody is affected by inequality. My personal mission is to show that my hard path as a Ukrainian female just to have a right to play my favorite sports is not normal for a civilised society. We should use play to promote equality and grow and change every day."

Nastya uses sports for positive social impact in her community, at her university & for her city. Last year, she organized the #FootballForShe conference, Ukraine’s first national women’s football event. Her particular success in promoting inclusion has contributed to LOT being able to open a second school last November for 10 girls with intellectual disabilities. Nastya took part in the negotiations and received long term support from Special Olympics and UNFPA Ukraine.

During COVID, she continues to work with 180 kids online and creates educational videos with exercises. From May through July, Nastya took part in the development of a practical component of the first Ukrainian MOOC "New Physical Culture" for physical education teachers, parents and coaches.

"I’m proud to be a Play for Human Rights Ambassador. We’re creating a cool new environment, safe and attractive for all without limits, barriers or man-made divisions."