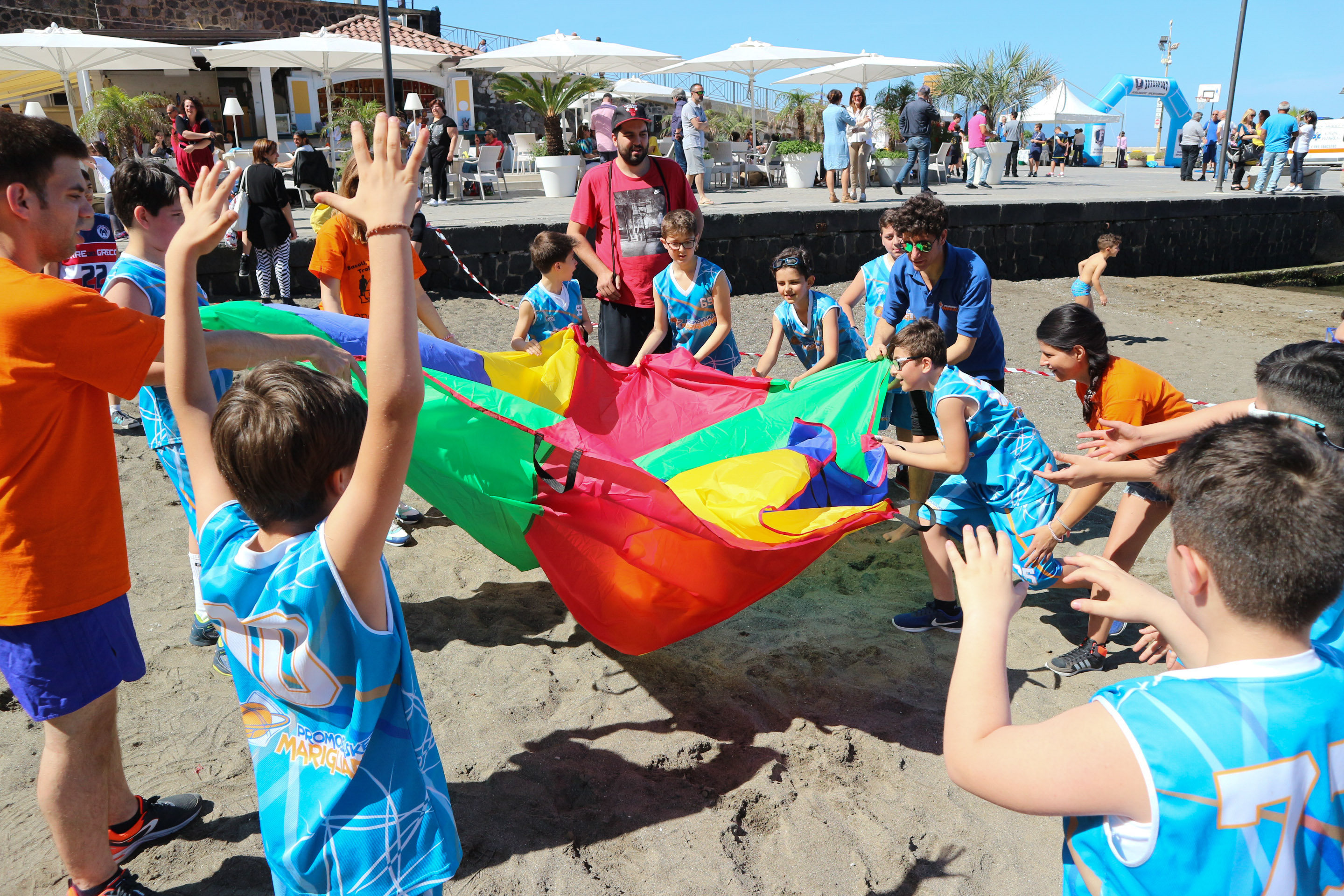 From September 15 to 25, we are highlighting the stories and work of our 2020 Beyond Sport Global Awards Shortlisters who are using sport to address marginalization, disadvantage and inequality head on. Ukraine’s League of Tolerance is one of them. Learn more about the inspiring work they are doing using the playground as a platform for inclusion.

When asked to describe his native Ukraine, Oleksandr Fomichov, Senior Trainer at League of Tolerance, paused, smirked and responded, “we have a controversial history.”

Europe’s second largest country, Ukraine is multi-ethnic, multi- language and multi-cultural. According to the latest census, it is home to almost 130 nationalities and 22% percent of Ukraine’s population is made up of ethnic minorities.

In the last decade, civil unrest, political controversies and an armed insurgency in the Eastern region has tested the unity of this melting pot country. “We’ve seen many people gravitate to far-right views,” Fomichov said.

As an ethnic minority and Internally Displaced Person himself, Fomichov knows intimately the cost of a divided nation, having been uprooted from his native Donetsk in 2014. After relocating to Kiev, Fomichov began working with a local orphanage, providing the coaching skills acquired as a former soccer player, all while working as a lawyer for the UN High Commission on Refugees. 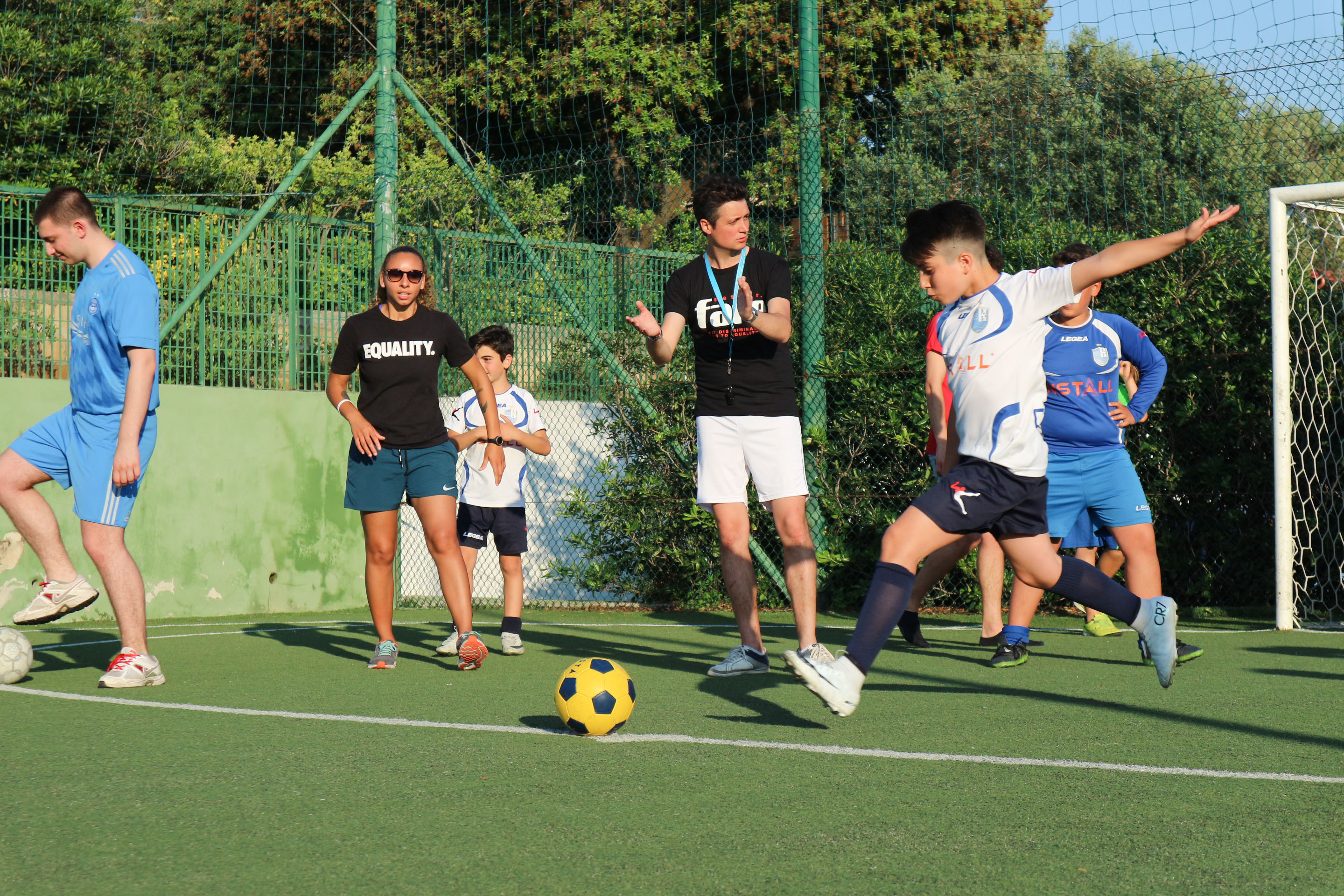 In coaching this group of underserved children, Fomichov saw how sport was an effective platform to bring people together and break down the barriers between those from different backgrounds. “On the playground, we’re all the same.”

In 2016, Fomichov, along with a few of his colleagues, took the step to formally register League of Tolerance as a charity, and take the successes that they had in Kiev across the country and later the world.

League of Tolerance, and specifically their “Play for Human Rights" campaign uses the playground as a platform to promote Human Rights education through sport in inclusive and accessible ways. The aim is to create respectful intercultural dialogue within communities and outline practical steps to build “a capacity for tolerance.”

“Our main goal is to unite through diversity,” Fomichov said. “At League of Tolerance we say that there is no such thing as a ‘real’ Ukrainian,” Fomichov recalls that in recent years, divisions between groups have begun to widen.

That is why League of Tolerance makes it a priority to include these lesser-served people: those with disabilities, ethnic minorities, the LGBTQI+ community, people from disadvantaged neighborhoods and people suffering from armed conflict. “We train coaches to use the sport playground as an interactive model for the country, for society,” Fomichov said. “If government excludes people, we are there for them.”

This value of diversity runs through the very core of the League of Tolerance organization as their team – both staff and coaches – are comprised of the very populations they are trying to serve. “From the start of the program, participants are put in contact with a group of diverse people.” The hope is that by connecting through the common bond of sport, those pre-conceived barriers will begin to disappear.

What sets League of Tolerance apart from similar organizations is that it does not stop at just having a game of football with diverse participants. They provide what they call “sustainable Human Rights and democratic citizenship education” to youth.

The contact with participants is both substantive and frequent. In Their flagship “Come on! Let`s play” programme, coaches meet 6 days per week for social education and football trainings for 140 girls and boys.

Their “Play for Human Rights” programme, for which they were Shortlisted, focuses on taking that success and expanding throughout the country, using a train-the-trainers model.  In the past year alone, League of Tolerance have delivered 17 "Play for Human Rights" Trainings for 242 Ukrainian coaches, who work with over 17,000 young people across all regions of the country.

After nearly five years of programming, Fomichov believes that the work is changing the culture, little by little, but the problems will not disappear overnight. “If we want to improve this country, we have to work,” Fomichov said. “When we see the children’s smiles we know we’ve done our job.”

The Play for Human Rights Campaign from League of Tolerance is a 2020 Beyond Sport Global Awards Shortlister in the Sport for Reduced Inequalities Category. Learn more about the rest of this year’s Shortlist and follow their journeys at beyondsport.org/journey