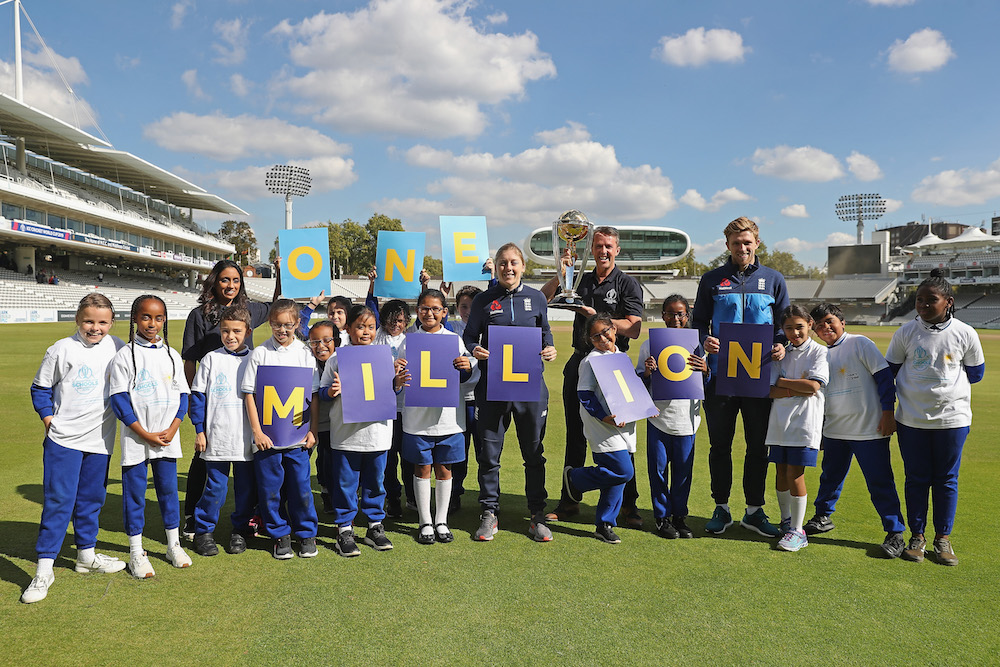 The ECB and ICC have revealed joint plans to use the ICC Cricket World Cup 2019 to boost participation and help drive the long-term growth and social impact of the game in England and Wales.

The organisations are aiming to engage and inspire one million primary school-aged children through the tournament, which is due to take place at venues across England and Wales next summer.

A core pillar of the plan will be a new Cricket World Cup Schools Programme aimed at reaching more than 700,000 students, which has been developed and will be delivered in conjunction with Chance to Shine.

Together, they took part in a classroom session which used cricket as an educational tool. This was part of a package of lesson plans available for teachers on an online portal.

The strategy builds on the wider ECB framework of Cricket Unleashed and supports the South Asian Action Plan launched earlier this year.

The document is structured around four key aims to drive growth throughout the game. They include creating stronger, more diverse and family-friendly clubs, incuding via a new scheme that will make 3,000 £1,000 grants available to grassroots clubs.

Other aims include expanding the reach, relevance and scale of cricket within 8,000 primary schools; extending the accessibility of All Stars Cricket; and attracting new fans.

Commenting on the initiative, ECB chief executive Tom Harrison said: “Having the ICC Cricket World Cup played here in England and Wales gives us a once-in-a-generation opportunity. We must turn the excitement of a World Cup on home soil into a guaranteed route to draw more players and volunteers to recreational cricket. Cricket can inspire its next generation of fans and players by taking the tournament into clubs, playgrounds and classrooms across England and Wales and we will be working hard together to make the most of this moment.”

Steve Elworthy, ICC managing director ICC Cricket World Cup 2019,  added: “The ICC Cricket World Cup arrives back to England and Wales for the first time in 20 years and now is the time to seize this priceless opportunity and use the tournament as a platform for growth to create a new generation of fans and players.

“Through our dedicated Schools Programme, we are excited to take cricket into the classrooms across England and Wales as well as giving young people the unique chance to be part of sporting history. I know how important education through sport can be and we want to encourage as many schools as possible to be part of the programme and provide this unique opportunity to their pupils.”

Tracey Crouch MP, Minister for Sport and Civil Society, said: “Cricket World Cup 2019 will be the biggest cricket tournament to date; showcasing the best of England and Wales on the global stage. By attracting thousands of visitors to our shores and inspiring the next generation of cricket superstars to pick up a bat and ball, I am confident we will have a cricket legacy for the nation to be proud of.”

“I played in the 2011 World Cup and it is the biggest stage in cricket with the world’s eyes on you - and now as a fan I find myself excited by what the Cricket World Cup promises deliver for the sport next year.”