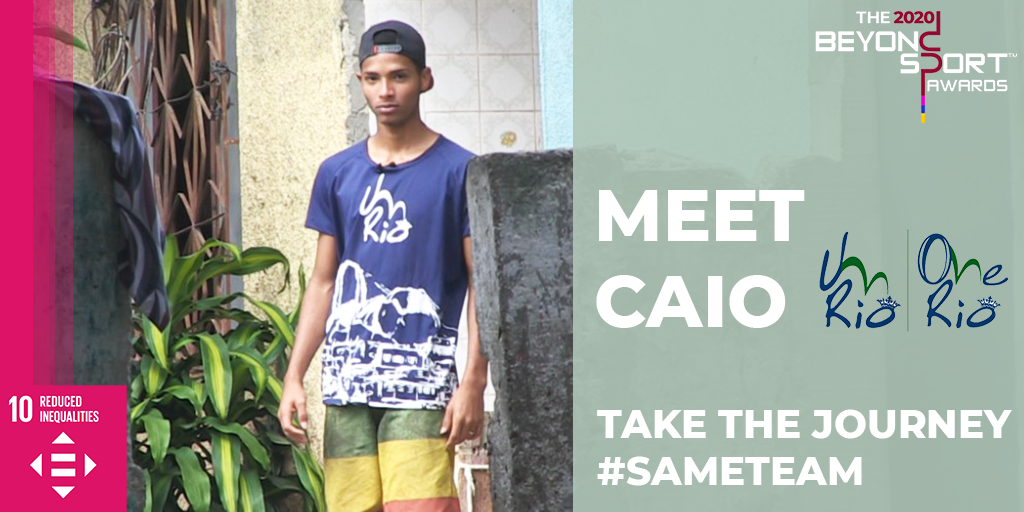 "I HAVE ALWAYS LOOKED TO OTHERS FOR INSPIRATION. I NEVER THOUGHT MY STORY COULD BE AN INSPIRATION TO OTHERS."

Meet Caio, the inspiration behind 2020 Beyond Sport Global Awards Shortlister for Reduced Inequalities UMRio’s "I Will Be" program and scholarship - the main program for which the organization was shortlisted. Read more about him and Take the Journey with our Shortlisters through December at beyondsport.org/journey.

19-year-old Caio lives with his mother and three younger siblings in Brazil’s Morro do Castro favela. With one parent’s substance abuse & resulting stretches of time in correctional facilities, he often spends weeks alone as the primary caregiver of his brothers and sisters. After having been out of school for many years, he became involved in UMRio's rugby program and ended up restarting his primary education. But one day, UMRio received a call from its Child Protection Lead saying that he had been missing from class for several weeks. Rob Malengreau, UMRio's founder called Caio who said, "I had to get a job. I had to be able to provide for my family. That's just reality."

"What if we can provide you with a scholarship and reduce some of your financial pressures through our employability program? You just have to go back to school and take part in our programs again and we'll create some personal development goals," was Rob's reply. After a few days thinking about it, he messaged back to say, "thank you for that call. It inspired me. I'll have to find a way to catch up again, but I wanted to let you know that I'm really grateful for that call and I'm back in school and back on track."

This got Rob thinking. There was no point in UMRio operating in a fantasy world where it could be comfortable offering courses without really addressing the core drivers of gang engagement and other risky behaviours which include financial pressure and a sense of belonging." This reality was evident in the way Caio went on to excel - even receiving Student of the Year by the Secretary for Education. In February 2019, he became the first I Will Be student. He also went on to become an UMRio Ambassador to England last year, where he addressed over 15,000 people at Twickenham - in English - ahead of the Varsity Match between the organization's partners Oxford and Cambridge University. He now hopes to be a lawyer. 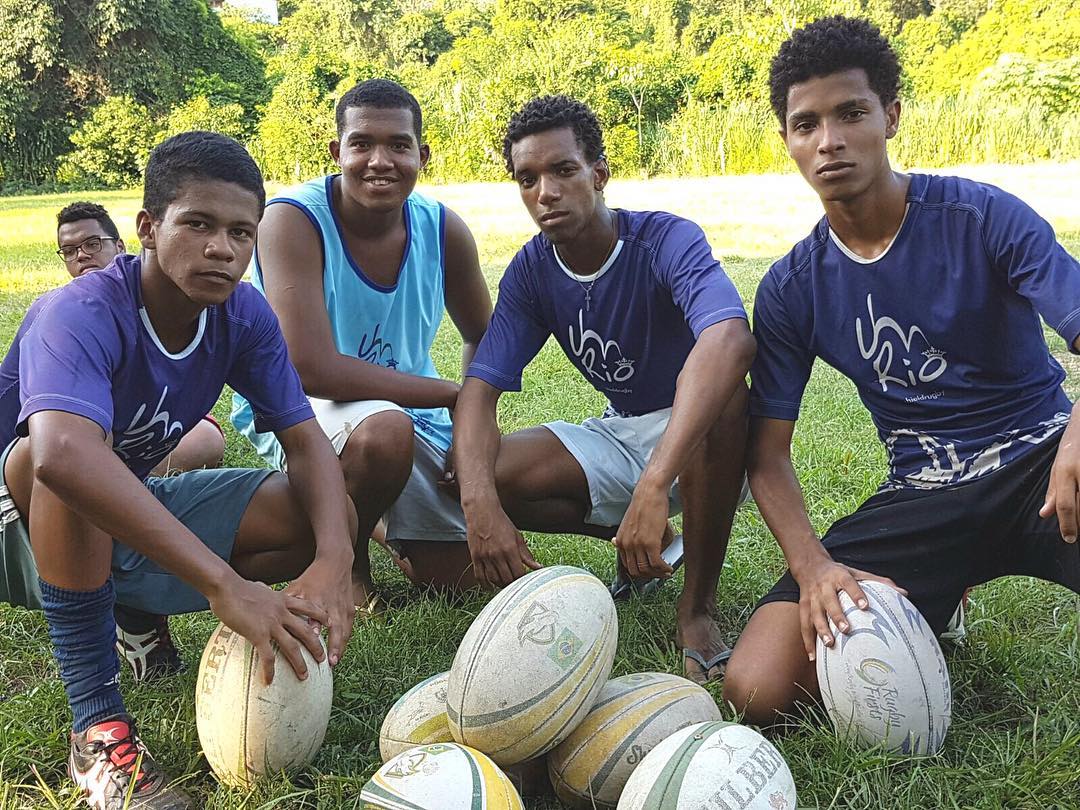 Recently, Caio addressed his class stating, "I'm incredibly grateful to have all of you as part of my story. You've all inspired me to overcome my personal challenges." And when asked why he came back, he simply stated, "because you are my family."

Former Beyond Sport Global Award Winners and Shortlisters give words of wisdom to this year’s Shortlist and reflect on why sport is such a powerful tool to address Global Goal 10: Reducing Inequalities